Briana Banks net worth: Briana Banks is a German-American adult film actress and model who has a net worth of $3 million. Brian was Penthouse Pet of the month for 2001 and had a very successful career as an adult actress.

Briana Banks was born Briana Bany in Germany on May 21, 1978 to a German father and an American mother. She changed her name to Briana Banks in honor of Tyra Banks. When she was four, her family moved to Britain, then to Simi Valley, California when she was seven. With her father still living in Germany, Briana left her mother's house when she was sixteen, taking her fourteen-year old sister Lorin with her. When she turned 18, Briana got the complete custody of her younger sister. As a teenager, Briana became a model and featured in the cover of "Teen" magazine. Her long legs, prominent bust, and beautiful green eyes allowed her to succeed in the business modeling.

Before entering the adult film industry, Briana worked in several places making pizza, at an arts-and-craft store, as a secretary, and a file clerk. She started in the adult business when in 1999 she responded to a newspaper ad for nude modeling for adult magazines. The photographer took her to the adult industry. Her firs adult film was University Coeds 18. Her artistic name in the industry was "Mirage", probably due to her still pose when photographed as a model. She was Penthouse's "Pet of the Month" in June 2001. Banks was one of the first adult actresses to have an action figure made by Cyber F/X and Sota Toys. She was also a contributor author to the 2004 book "How to Have a XXX Sex Life: The Ultimate Vivid Guide". 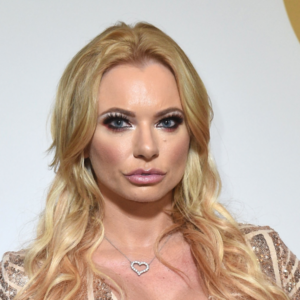