Brent Corrigan net worth: Brent Corrigan, also known as Sean Paul Lockhart, is an American adult film actor who has a net worth of $2 million. The model and actor steamed up his net worth by appearing in many adult films. Corrigan also owns a production company.

Growing up in Lewiston, Idaho, Corrigan was always very interested in films and set sights his sights in becoming a director. Corrigan often wrote plays and projects – and he wasn't shy in taking the lead role in school plays. Corrigan moved to San Diego, California in 2003 before starting his junior year in high school. Around this time he started dating an older man who, in his own words, 'introduced him to a life that wasn't fitting to a teenager'. His boyfriend contacted the adult film production company Cobra Videos with nude pictures of Corrigan. As Corrigan was underage at the time, his boyfriend produced Fake ID (which Corrigan agreed to) in order to work for the company. Corrigan, also known as the Fox Ryder, began the climbing the adult film ladder with Cobra Video. He quickly rose to fame, becoming one of Cobra's most popular performers. His films were high rated amongst critics and fans. He won six GAY VN awards, including best bottom award, two years in a row.

The following year, Corrigan publicly announced that he was underage while appearing in adult films for Cobra Video. The public announcement caused controversy and as a result, the films he appeared in, were banned. The announcement also resulted in Cobra Video suing Corrigan for $ million for breaching the company's contract – and to prevent the used of the stage name Brent Corrigan. The legal dispute was reportedly settled out of court between Corrigan and the founder of Cobra Video, the late Bryan Kocis. Today Corrigan has his own official website, thenewBrentCorrigan.com and blog and website called BrentCorriganINC.com. He also set up an adult film company. Corrigan claimed that he is the youngest producer in the adult video industry. 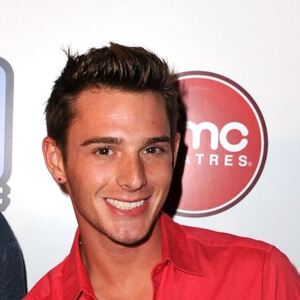