What is Blac Chyna's net worth?

Blac Chyna is an American reality television personality, former stripper and social media entrepreneur. Blac Chyna has a net worth of $10 million. Although her activities as a stripper helped propel her to fame, her relationships with high-profile celebrities took this notoriety to another level. Blac Chyna has a child with rapper Tyga and another child with Rob Kardashian.

After becoming a well-known public figure, Blac Chyna started to appear in a number of television shows. Chyna has also been involved in a number of self-branded business ventures, usually revolving around beauty products and services. She has also made millions from the social platform OnlyFans. She is reportedly the platform's highest-paid creator.

Blac Chyna's real name is Angela Renee White. She was born in Washington, D.C. on May 11th of 1988. Her mother is Shalana-Jones Hunter, also known as Tokyo Toni. Blac Chyna's mother served in the U.S. military in 1991, is the CEO of her own production company, and featured heavily in reality TV shows centered around her daughter. After attending high school, Blac Chyna enrolled in college in Maryland.

Blac Chyna began stripping soon after starting college, mainly to pay her tuition fees. Eventually, she moved to Miami to attend Johnson & Wales University, where she continued pursuing a stripping career while simultaneously taking classes. Soon enough, Blac Chyna was too exhausted to even stay awake during her studies. The young college student found herself between a rock and a hard place. If she stopped stripping, she wouldn't be able to pay her tuition fees. If she continued stripping, she would undoubtedly fail her classes because she kept falling asleep during lectures. In the eyes of Blac Chyna, the only option was to drop out and focus on stripping.

With school out of the picture, Blac Chyna could explore more potential income sources, such as modeling. This led to lucrative deals with publications such as Dimepiece Magazine, for which she appeared on the front cover. Other publications soon took notice, and she eventually appeared in Straight Stuntin' Magazine and Black Men's Magazine as she significantly expanded her portfolio. As she gained more attention in the Hip-Hop and urban community, high-profile figures began to take notice. One of these individuals was Drake, who mentioned her in one of his songs.

The blessing of Drake in 2010 proved to be the spark that would launch her career in earnest, and it seemed as though Blac Chyna had become a star overnight. Her presence on social media grew exponentially, and she was eventually offered a role as a stunt double for Nicki Minaj for the "Monster" music video. This led her winning Model of the Year in the 2011 Urban Model Awards. Tyga also chose to hire the model for his music video for the track "Rack City." The next few years saw Blac Chyna appearing in a range of other publications, including Smooth Girl and Urban Ink. She rounded off 2012 with an appearance in one of Nicki Minaj's music videos. 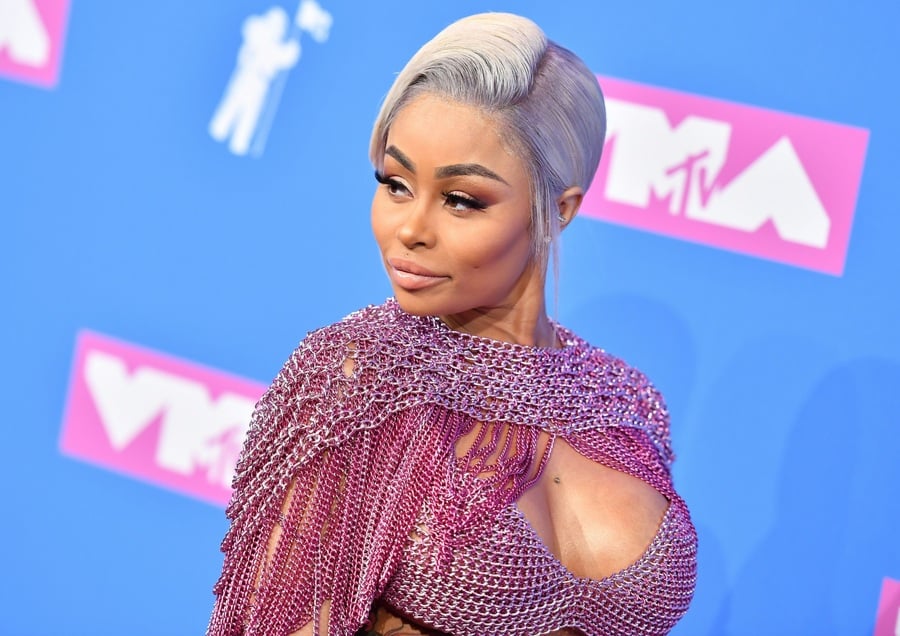 Blac Chyna's first high-profile relationship was with Tyga. The couple connected shortly after the model appeared in the rapper's music video. They started dating in 2011, and by 2012 the couple had welcomed a son into the world. Tyga eventually bought a home for the new family, but the relationship would not stand the test of time. In 2014, the couple split up, with Tyga turning his attention towards Kylie Jenner as a new love interest.

After splitting up with Tyga, Blac Chyna publicly feuded with Kylie Jenner over social media. Although this would cause a rift between her and the Kardashians, Blac Chyna would eventually redeem herself in the eyes of the family. She started dating Rob Kardashian in 2016 and became close to the Kardashians. The model and Kim Kardashian reportedly became especially good friends. Later in 2016, Blac Chyna and Rob Kardashian had a daughter together. Approximately one month after the child's birth, the couple split up. They would eventually get back together for a short period, but it seemed that the relationship was not meant to be. After the split, the two parents have been involved in an ongoing custody battle over their daughter. Blac Chyna also filed a restraining order against Rob Kardashian after he posted sexually explicit pictures of his ex-partner on social media.

The custody battle between Rob Kardashian and Blac Chyna revealed insights into her earnings. According to court documents, Blac Chyna makes $60,000 per month mainly through personal appearances and social media endorsements. She also received $20,000 per month from Rob Kardashian in spousal support payments, although her ex-partner moved to reduce or remove these payments due to his diminishing income, as he no longer appears on Keeping Up With The Kardashians.

As we mentioned previously, Blac Chyna is reportedly one of the highest-earning people on the adult social platform OnlyFans. According to some reports she has made north of $20 million from OnlyFans. As a point of comparison, her ex-boyfriend Tyga is supposedly one of the top 10 earners and made around $8 million in a year from the service.

Blac Chyna has appeared as herself in a number of reality TV shows. These include Keeping Up With The Kardashians, Rob & Chyna, Rupaul's Drag Race, Good Morning America, The Real, The Wendy Williams Show, Rupaul, and more. While many of these appearances were brief cameos in one or two episodes, she also appeared in a reality TV show centered entirely around her life, entitled The Real Blac Chyna.

Aside from her stripping/modeling and TV career, Blac Chyna has pursued a number of business ventures. In 2013, Blac Chyna was trained professionally as a makeup artist. The celebrity owns her own beauty salon in Encino, Los Angeles, and she runs beauty classes and courses through this establishment. She also created her own line of make-up products called Lashed by Blac Chyna. During 2013, she launched an online store called 88fin, through which she sells her own clothing products and various other items. 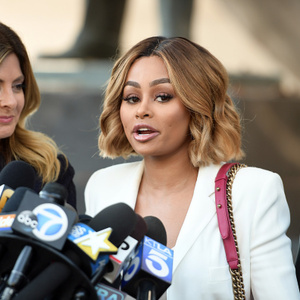