Early Life: Beth Ostrosky was born on July 15th of 1972 in Pittsburgh, Pennsylvania. Raised in a Roman Catholic household alongside two brothers, Beth attended the University of Pittsburgh and studied there for three years. Eventually, she dropped out and relocated to New York City in order to pursue a modeling career.

Career: Beth first started modeling while she was still in high school. After she moved to New York City, she began to take her modeling career more seriously. Ostrosky worked with a number of well-known fashion houses throughout the early 2000s. During this period, Beth also made her first tentative steps into the world of acting. In 1996, she appeared in the film "Flirting with Disaster" alongside Ben Stiller. A more central role came with the film "Whipped." Over the years, Beth has also appeared on several TV shows, including "Filter" and "Casino Cinema."

Beth Ostrosky is known for her work with FHM. She has appeared on the covers of FHM three times, and she was consistently ranked by the magazine's readers as one of the sexiest women on the planet from 2002 to 2007.

In 2010, Beth published her first book, "Oh My Dog: How to Choose, Train, Nurture, Feed, and Care for Your New Best Friend." This book proved to be a financial success, reaching the top five on The New York Times Best Seller list. She has since released a number of childrens books about cats.

Outside of the entertainment world, Beth is active in the animal-rights community. She supports Bianca's Furry Friends, a 14,000-square-foot animal shelter. She also runs her own kitten adoption center out of her own home. Her personal Instagram page shows how she has converted entire rooms of her home into so-called "foster rooms." Over the years, Beth has helped over 1,000 kittens become adopted. In 2013, Ostrosky started hosting "Spoiled Rotten Pets," a short-lived reality TV show. She also hosted the first annual "Kitten Bowl" in 2019.

Relationships: Beth Ostrosky first started dating Howard Stern in 2000. After seven years, the couple became engaged. In 2008, the pair were finally married. They currently split their time between homes in Long Island, Manhattan, and Palm Beach.

Real Estate: In 2013, it was reported that Ostrosky and her husband Howard Stern were buying a home together in Palm Beach, Florida. The beachfront home cost $52 million, and it spans 19,000 square feet. Real estate insiders stated that it was the biggest real estate deal in Palm Beach that year. The outdoor area includes a swimming pool and extensive grounds surrounded by a high wall. 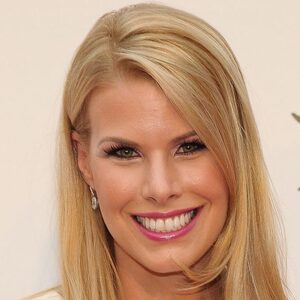