What is Bella Thorne's net worth and salary?

Bella Thorne is an American actress, dancer, singer, and model who has a net worth of $12 million. She first became well-known for her portrayal of the aspiring young dancer CeCe Jones on the Disney Channel series "Shake It Up." She has since gone on to carve out a respectable entertainment career that includes work in film, television and commercial endorsements.

In August 2020 Bella launched an "OnlyFans" account. She reportedly crashed the site temporarily and ended up making $1 million in her first 24 hours alone on the platform, $2 million in the first week. She is the first person to make that much money on the subscription service.

In August 2021 it was revealed that Bella was one of OnlyFans two or three highest-earning celebrities. She has grossed at least $10 million from the platform.

Annabella Avery Thorne was born in Pembroke Pines, Florida, on October 8th, 1997. She is the daughter of Tamara Thorne and Delancey Reinaldo "Rey" Thorne. Her father tragically died in a traffic accident in 2007 and she was raised by her single mother who struggled to provide for her children. Bella cites this as a reason why she pursued a career in entertainment aggressively so early; so she could help contribute to her family. Her three siblings are also actors. Thorne has stated that she was bullied growing up because she was dyslexic and spoke Spanish as her first language. She was subsequently homeschooled.

Bella started her career at the tender age of six weeks old as a baby model for Parents Magazine. Ever since, she continued to grace the covers of numerous national and international magazines, as well as catalog covers. She has advertised for Guess Jeans, Tommy Hilfiger, Candie's Gap, Diesel, and plenty more.  She has been on the cover of Shape, Seventeen, Teen Vogue, CosmoGirl, and others. In addition to making pictorials, she has also appeared in more than 60 commercials for big names like Neutrogena and Texas Instruments, and has appeared in several music videos over the years.

As for her first film appearance, it was an uncredited role as a sidelines fan in the 2003 film "Stuck on You." Then many other film and television projects followed, including "Jimmy Kimmel Live!", "Entourage", "The O.C." (as Taylor Townsend's younger version), the third-last episode of "October Road" (as Angela Ferilli), and five episodes of "Dirty Sexy Money" (as Margaux Darling). In 2008, Thorne won the Young Artist's Award for her performance in the short-lived drama series "My Own Worst Enemy", where she starred along with Christian Slater and Taylor Lautner.

In 2009, Bella made two notable appearances, in the series "Little Monk" and the horror movie "Forget Me Not." In 2010, she joined the cast of HBO's "Big Love" in its fourth season, as a replacement of Jolean Wejbe in the role of Bill Henrickson's daughter. She also made a guest appearance on "Wizards of Waverly Place", as Max's girlfriend Nancy Lukey, as well as she got a supporting role in the family drama "Raspberry Magic." However, she is best known for her portrayal of the aspiring young dancer CeCe Jones on the Disney Channel original series "Shake It Up." The show is in the theme of "buddy comedy" centered on a teen dance show. It began airing in November 2010. Prior to the role, Thorne had no experience in professional dancing when she was cast. She began taking three dance classes every night after she signed on for the show. Thorne kept this up for a year before filming and it paid off–"Shake It Up" lasted for three successful seasons. 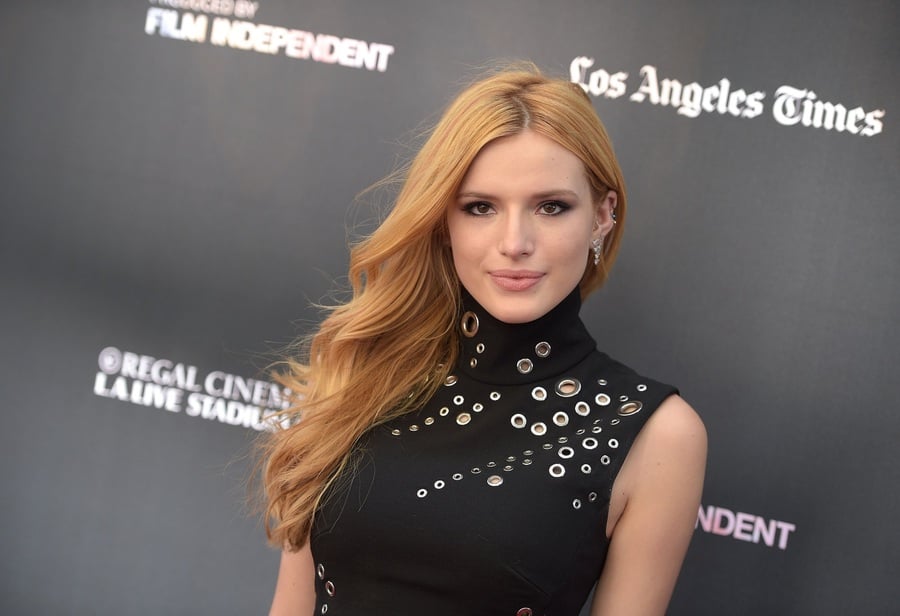 Meanwhile, Thorne released her first single in June 2010, "Watch Me." It reached #86 on the U.S. Billboard Hot 100 charts and earned RIAA: Gold. In 2013, Thorne announced her debut album, containing 11 songs. In 2014, Thorne co-starred as Adam Sandler's character's daughter in the comedy "Blended." She was also cast that year in an episode of "CSI." Thorne then appeared in the sequel to "Mostly Ghostly." Later that year, Thorne revealed that her debut album had been canceled. A month later, on November 17, 2014, she released an EP, "Jersey." The lead single from the EP, "Call It Whatever", debuted in the Billboard Hot Dance Club Songs chart at No. 47, eventually rising to No. 10 and spending a total of ten weeks on the chart. On December 12, 2013, Thorne was cast in the MTV series "Scream." In 2015, Thorne starred in three films: "Shovel Buddies," "Keep Watching," and "Alvin and the Chipmunks: The Road Chip." The next year, Thorne played Rain in Tyler Perry's "Boo! A Madea Halloween."

Thorne went back to television in 2017 when she starred as Paige Townsen in the drama series "Famous in Love," which aired on Freeform. Later that year, she joined the cast of the black comedy film "Assassination Nation." She also starred that year in the Netflix original film "You Get Me" and slasher comedy "The Babysitter." In 2018, she starred in "Midnight Sun." In August of that year, she revealed she had returned to making music and signed with Epic Records to work on her debut album, "What Do You See Now?" with a projected release date of 2020.

In 2020, Thorne appeared in the third season of "The Masked Singer" as the Swan. She was eliminated on her second show. She also starred alongside Jake Manley in the heist-thriller "Infamous," released in June 2020. Thorne is set to next star and serve as executive producer on three films: "Habit," "Chick Fight," and "Leave Not One Alive."

Bella loves helping other people and she is currently a sponsor of a child named Lydia Kanini Kiio in Kibwezi, Kenya. She is an avid supporter of the Humane Society, the Cystic Fibrosis Foundation, and the Nomad Organization, which helps to provide food, education, and medical supplies to children in Africa. Thorne also joined PETA and encourages people to boycott and protest SeaWorld (although she does acknowledge that as a child she appeared in a commercial for the theme park.)

Thorne dated English actor Gregg Sulkin from 2015 to 2016. She subsequently began a polyamorous relationship with musician Mod Sun and media personality Tana Mongeau that lasted from September 2017 to February 2019. She has been in a relationship with Italian singer Benjamin Mascolo since April 2019. She identifies as pansexual.

In 2016 Bella paid $2 million for a home in Sherman Oaks, California. She told Vogue magazine that she bought the house without a mortgage using earnings from Instagram sponsored posts alone. She earns $65,000 – $100,000 for a single IG sponsored post.

In 2019 Bella paid $3.3 million for a mountaintop mansion in Topanga, California. 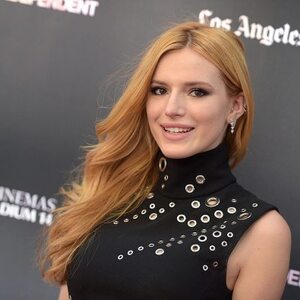