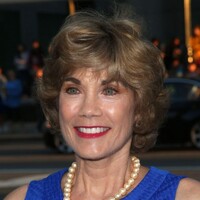 What is Barbi Benton's Net Worth?

Barbi Benton is an American model, songwriter, actress, singer and television personality who has a net worth of $20 million. Barbi Benton appeared as a regular in the comedy series, "Hee Haw," and also was often featured in "Playboy" magazine throughout the 1960s and 1970s. She appeared nude in double spreads in 1970, 1973 and 1975. Despite her regular appearances in the top shelf magazine, Benton was never a 'Playmate of the Month'.

Benton was in a relationship with Playboy founder Hugh Hefner from 1969-1976. She met Hefner in the late sixties when she was just 18 and he was 42. Her first TV appearance was on Hefner's show, "Playboy, After Dark". Hefner would later admit that the best thing that came out his 60s TV show, was meeting Benton. Barbi received a large financial settlement when she and Hefner broke up.

Benton also enjoyed considerable success as a country and pop singer in the 70s. Her first single, "Brass Buckles" (1975), peaked at number 5 on the Billboard country singles chart. Her 1976 single, "Ain't That Just the Way" was covered by R&B singer Lutricia McNeal in 1996. McNeal's version of single was a massive hit in the UK and Sweden. Benton went on to produce and record eight albums between 1975 and 1979.

Benton was born on January 28, 1950 in New York City into a Jewish family. Her mother was an investment counselor while her father worked as a gynecologist. The family moved to Sacramento when Benton was just two years old. There, she started taking many different lessons including piano lessons and learning how to scuba dive. Benton attended Rio Americano High School, during which time she did a bit of modeling. After graduating from high school, she enrolled at the University of California – Los Angeles with the intention of becoming a veterinarian. However, she soon discovered she could not stand the sight of blood and gave up this as a career option.

While attending UCLA, Benton joined a commercial agency and started booking commercials around the country. In 1968, she caught a major break when she landed an extra role on the show "Playboy After Dark." While she initially was just a background character, the host of the show, Hugh Hefner, noticed her studying on set one day and was drawn to her. He immediately asked her out, which Benton was surprised by considering their significant age difference. Though she was a bit hesitant at first, she did agree to go on a group date with Hefner and was soon charmed. Because Hefner was so taken by Benton, he also offered her more prominent roles on "Playboy After Dark," eventually becoming the show's co-host. 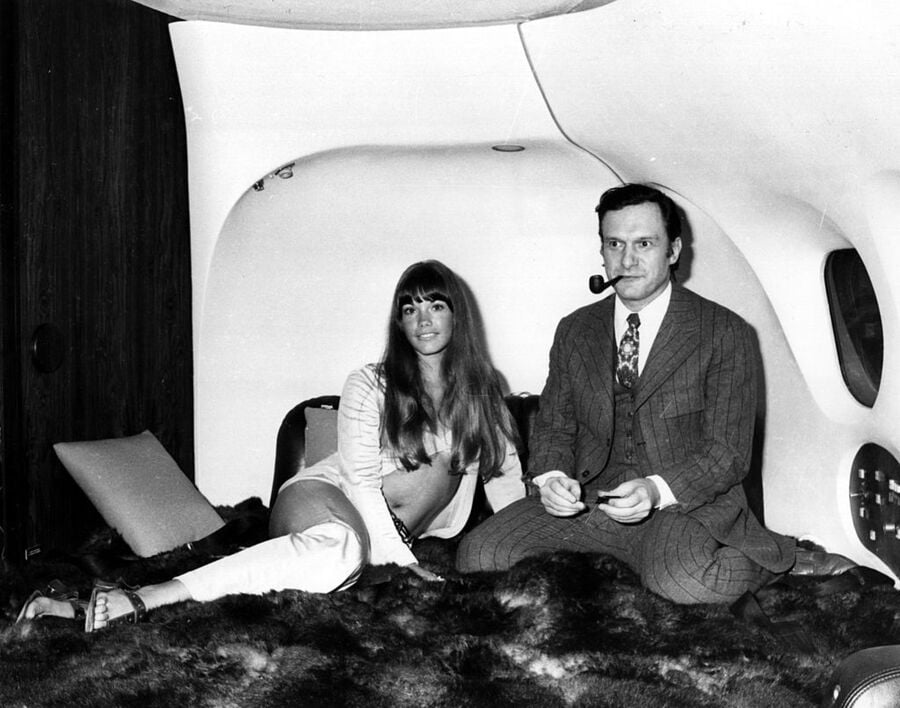 After the two began a relationship, Benton found herself at the center of the Playboy enterprise. Hefner convinced her to change her name to Barbara Klein in an effort to be more marketable and she is credited with helping convince Hefner to buy the Playboy Mansion in Holmby Hills in 1974, even arranging for her mother to help manage the sale. The Mansion has since become an iconic residence, the location of many exclusive parties and events.

While involved with the Playboy organization, she appeared on the cover of "Playboy" magazine four times – July of 1969, March of 1970, May of 1972, and December of 1985. She also appeared in a number of nude photo layouts in some of the other issues in the 1970s, though she was never an official Paymate of the Month. 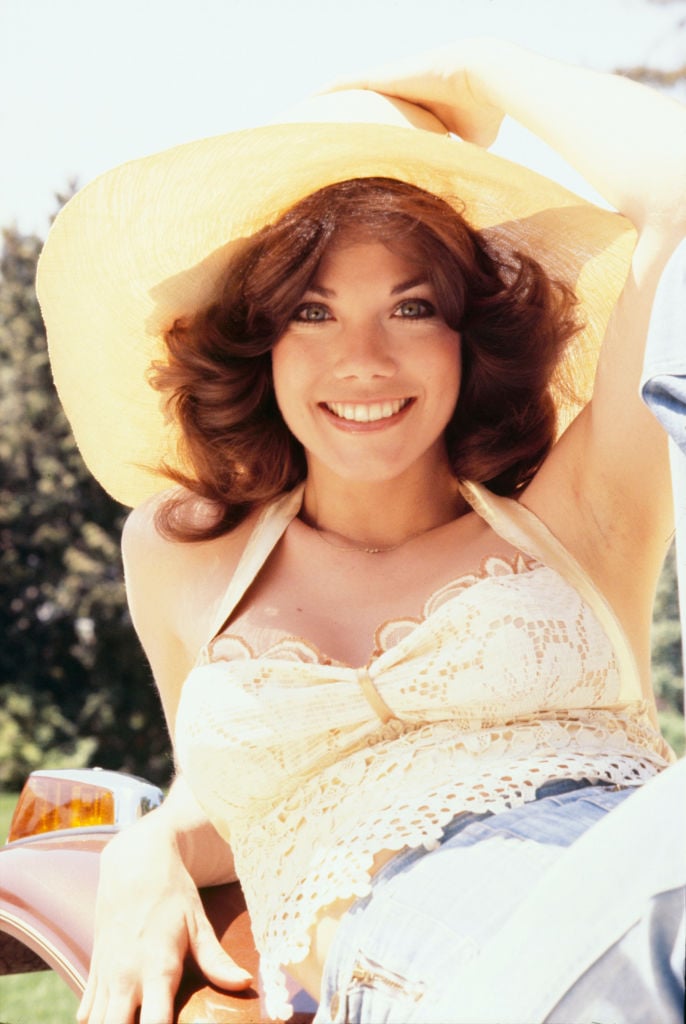 Meanwhile, she also landed a spot on the television comedy sketch show, "Hee Haw." She remained on the show for four seasons before deciding to leave in an attempt to develop a more serious Hollywood career. Some of the films she appeared in include "The Naughty Cheerleader," "The Great American Beauty Contest," "The Third Girl from the Left," "Hospital Massacre," and "Deathstalker." She additionally appeared in a number of other television series like "McCloud," "Sugar Time!," "Fantasy Island," "The Love Boat," "Murder, She Wrote," and "The Girls Next Store," among a number of others.

In addition to her acting career, Benton also achieved some success as a recording artist. She had originally become interested in a career as a country singer following her time on "Hee Haw." Her record, "Brass Buckles," was released in 1975 and became a top-five hit on the Billboard country singles chart. She went on to record eight albums and personally produced the final one. For her albums, she composed the songs, sang them, and played the piano on the tracks. Her song, "Ain't That Just the Way," was a number one hit in Sweden for five weeks in 1976. The track later resurfaced in 1996 when singer Lutricia McNeal recorded a version of it, which became a major hit.

Benton was also a popular guest star on various late night and game shows. She was a regular guest on "The Tonight Show Starring Johnny Carson." She was also a very popular panelist on "The Hollywood Squares" throughout the 1970s and 1980s. 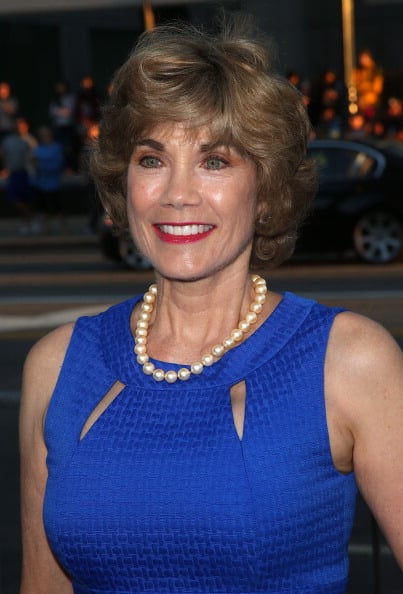 While appearing on "Playboy After Dark," Benton and host Hugh Hefner started a romantic relationship that lasted several years. She lived with Hefner from 1969 until 1976, part of which was spent in the Playboy Mansion. They broke up after nine years together and Hefner later expressed doubt over not marrying her, though he had asked her multiple times throughout their time together. Benton has stated their relationship became more strained as she began traveling more for work, during which times Hefner would not remain faithful to her. However, the two remained friends and one of their later meetings is documented in an episode of the reality show, "The Girls Next Door."

On October 14, 1979, Benton married real estate developer George Gradow. They had two children together – Alexander in 1986 and Ariana in 1988. The maintain homes in Aspen, Colorado and Los Angeles, California. She gave a tour of her Colorado home on HGTV's "Million Dollar Room" in 2012.