What Was Barbara Sinatra's Net Worth?

Barbara Sinatra was an American showgirl and model who had a net worth of $200 million at the time of her death. Barbara Sinatra was probably most famous for being the wife of Frank Sinatra from 1976 until his death in 1998. She was also recognized for her activities as a socialite and philanthropist. During her time in the spotlight, she earned the nickname "Lady Blue Eyes." She was also married to Sinatra for longer than any of his previous wives, as their marriage spanned 22 years. During their marriage, they started the Barbara Sinatra Children's Center, providing rehabilitative therapy to victims of sexual abuse. It's said that more than 20,000 children have received treatment at this center over the years.

In the late 80s, during a period of decline, Sinatra's accountants calculated his net worth to be $14 million– a surprisingly small number.  However, after his death in the late 90s, his family began fighting over a will that was worth somewhere between $200 million and $600 million. Barbara also inherited several estates, including mansions in Beverly Hills, Malibu and Palm Springs. She also inherited the rights to some of Sinatra's most valuable recordings, control of his likeness and his personal possessions.

Barbara Ann Blakely was born on March 10th of 1927 in Bosworth, Missouri. Raised alongside one younger sister, Barbara moved to Wichita, Kansas with her family at the age of 10. After graduating from high school in Wichita, she moved to Long Beach, California at the age of 18. She later wrote in her biography that her parents were broke and that she faced ridicule as a student in Wichita due to her Southern accent.

When Barbara relocated to Long Beach, America was just recovering from the after-effects of World War II. She was soon accepted into the Robert Edward School of Professional Modeling. During this period, she became Model of the Month, and by 1948 she had won the Belmont Shore Beauty Pageant. She also became a big fan of Frank Sinatra's music during these early years.

After her first marriage, Barbara relocated to New York. While her first husband Bob Oliver struggled to make it as a singer, she was accepted into the Ford Modeling Agency and started posing for magazines like "Vogue" and "Life." After becoming pregnant with her first child, Barbara struggled with poverty once again before moving back to Long Beach and starting her own modeling school – the Barbara Blakely School of Modeling. 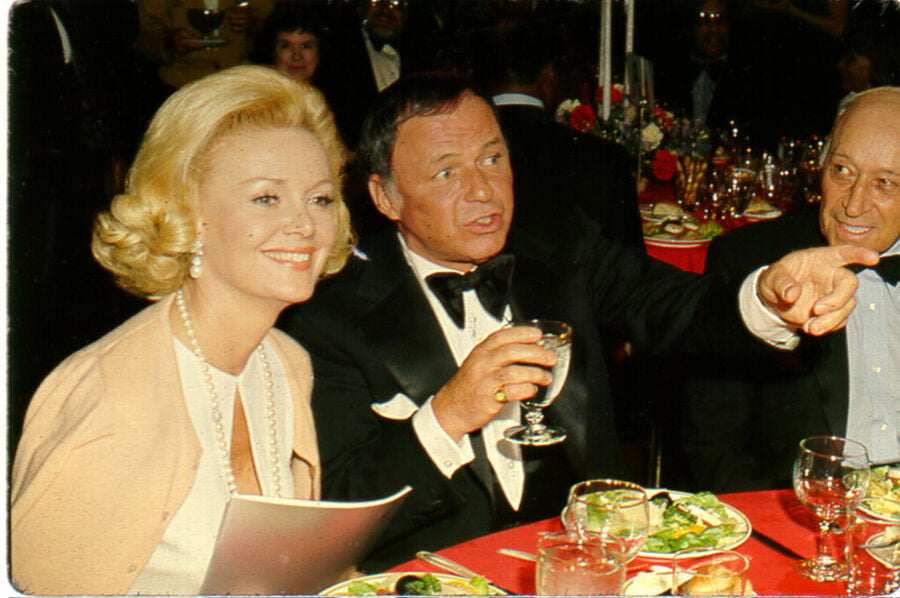 While the school became successful, Barbara's first marriage fell apart. She was also preoccupied with raising her first child. After having an affair, she ended up performing as a showgirl in Las Vegas. During this period, she met Zeppo Marx and began a relationship with him. Barbara continued to perform at venues like the Racquet Club, rubbing shoulders with figures like Marilyn Monroe and Tony Curtis. After marring Zeppo in 1959, Barbara met Sinatra for the first time and played tennis with him.

During this period, she also became one of the most successful models in the Palm Springs area and began getting involved in various philanthropic endeavors. She eventually became one of the most outspoken advocates for combating child abuse. By 1973, Barbara had divorced Zeppo Marx after sparking a romance with Sinatra, who was her longtime friend before anything romantic happened.

Barbara eventually won a divorce settlement of $1,500 after leaving Zeppo – plus a 1969 Jaguar. However, Frank Sinatra immediately bought her a newer Jaguar. Despite this, Frank and Barbara didn't get married until much later. Frank was reluctant to commit to marriage, although he eventually convinced her to sign a prenuptial agreement before marrying her. During her marriage with Sinatra, she devoted herself more completely to her various philanthropic endeavors with support from Frank. In 1998, Sinatra died after suffering from a heart attack at their Beverly Hills home. 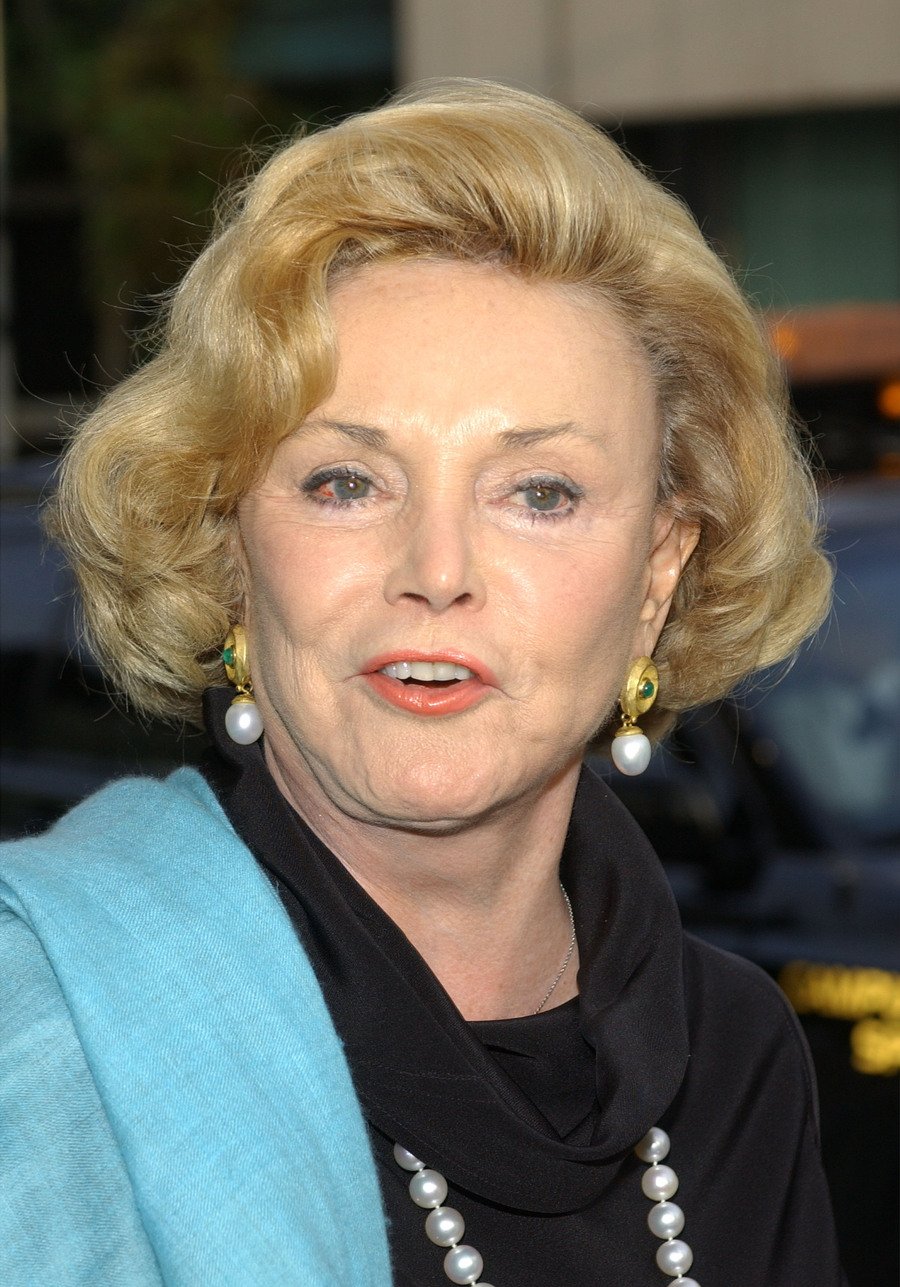 In 2017, Barbara passed away after struggling with various health issues for months. She was 90 years old.

Barbara was married three times. The first marriage was to Robert "Bobby" Oliver in 1948, which resulted in her son before a divorce was finalized in 1952. In 1959, she married Zeppo Marx after being charmed by him in Las Vegas. She took his last name and was known as Barbara Marx even after she divorced Zeppo in 1973. In 1976, she married Frank Sinatra after being his longtime girlfriend throughout the 70s. After the marriage, Barbara converted to Catholocism. It was the longest marriage for both Frank and Barbara, and it only ended with Sinatra's death in 1998.

In 2017, it was reported that Barbara's home in Rancho Mirage, California had been sold just five months after her passing. The three-bedroom home was listed for $1.05 million prior to being sold. Barbara actually purchased this home in 2000 for $1.5 million, which means she didn't inherit this particular property from her late husband. It spans 3,414 square feet of living space and was originally built in the 80s. Additional features include vaulted ceilings and a wet bar.

In 2018, it was reported that her estate (in other words, her surviving family members) was renting out one of her properties in Malibu for $110,000 per month. The beachfront property spans 5,824 square feet of living space and features seven bedrooms. Located on Broad Beach, it also offers spectacular views of the ocean, a steam room, a hair salon, and an elevator. After renting it out for a few years, her estate then put the property on the market in 2019 with a price tag of $12.9 million. After a few months, the price was reduced to $11.5 million before finally being sold for $9.55 million. The buyer was none other than the well-known producer and actress Mindy Kaling. 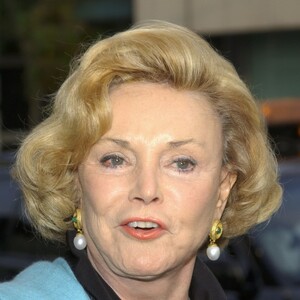