Barbara Palvin net worth: Barbara Palvin is a Hungarian fashion model who has a net worth of $6 million. Born in Budapest, Hungary, Barbara Palvin began modeling after a talent scout approached her on the street in Budapest when she was 13. She booked her first major job, a spread in Spur Magazine that year, and has gone on to appear in multiple high profile publications since then.

She has appeared in editorials or on the covers of such magazines as Vogue Russia, Glamour Hungary, and L'Officiel. She has also appeared in ad campaigns for H&M, Victoria's Secret, and Armani Exchange. She is the current face of L'Oreal Paris. She has walked the runway for a wide range of designers around the world, including Vivienne Westwood, Emanuel Ungaro, Nina Ricci, Miu Miu, Louis Vuitton, and Prada. She is regularly described as a cross between Brooke Shields and Natalia Vodianova. The young rising star also enjoys singing and playing soccer. 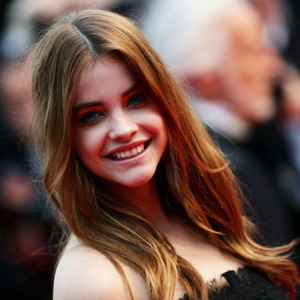