Barbara Hutton net worth: Barbara Hutton was an American debutante and socialite who had a net worth of $3,500 at the time of her death in 1979. That is not a typo. At the peak of her life, Barbara was worth more than $900 million after adjusting for inflation. Her maternal grandfather was Frank W.

Woolworth, founder of the eponymous Woolworth's chain of retail stores. Her father was Franklyn Laws Hutton, co-founder of massively successful New York investment bank E. F. Hutton. She was also the niece of General Foods cereal heiress Marjorie Merriweather Post. Barbara inherited $50 million on her 21st birthday. She ended up blowing her entire fortune on homes, vacations, marriages, jewelry and more. Barbara Hutton was born in New York City, New York in November 1912 and passed away in May 1979. She was known as the "Poor Little Rich Girl". Hutton was the heiress to the retail tycoon Frank Winfield Woolworth and she was one of the wealthiest women in the world. Barbara Hutton was married and divorced seven times including to Prince Alexis Mdivani, Cary Grant, Prince Igor Troubetzkoy, Porfirio Rubirosa, and Baron Gottfried von Cramm. Her only child was Lance Reventlow. She had a troubled life including drinking and drugs. Hutton was envied for her possessions including Old Master paintings and valuable jewelry including some that once belonged to Marie Antoinette. In her later years she was on the verge of bankruptcy. Barbara Hutton passed away on May 11, 1979 at 66 years old. 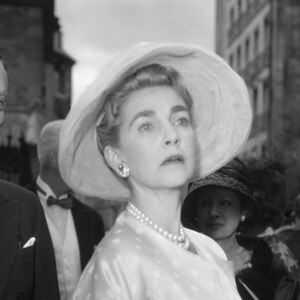