Aylín Mujica Net Worth: Aylín Mujica is a Cuban actress, model and ballet dancer who has a net worth of $4 million. Aylín Mujica (Ricard) was born November 24, 1974 in Havana, Cuba and currently lives in Miami, Florida. Beginning at the age of only eight years old, Mujica studied folk dance, ballet, choreography and music at the National Ballet School.

By the age of 15 she had enrolled in the Higher Institute of Arts where she took drama. By the age of 18 she was studying at the International Film School in Havana, Cuba. She began her career in television commercials and landing parts in videos for the likes of artists Marcelo Cezán, Willy Chirino, Albita Rodriguez and others. She posed nude in Spanish magazine Interviú1 and also appeared in a provocative photoshoot in H para Hombres. It was reported that she may have been pregnant with her daughter during the time these photos were taken, which became highly controversial. In 2006, the actress went to work for Telemundo. She was offered an antagonist role on Pecados Ajenos, but declined just before shooting commenced and was replaced by Catherine Siachoque. She worked in the soap opera Aurora in 2010. Her most recent appearance was in the hit telenovela Corazón Valiente as the main antagonist. In 2014 Aylin Mujica appeared on Secreteando 2 web novela como Daniela. Mujica has been married three times and has three children. Her first marriage was to Cuban musician Osamu, with whom she had a son, Mauro. born in 1993. Her second marriage was to Mexican television producer Alejandro Gavira, with whom she had a son, Alejandro, born in 2000. On September 24, 2010, Mújica married actor Gabriel Valenzuela with whom she had daughter Violeta, born on April 6, 2010. During the summer of 2012 Aylin and Gabriel announced their divorce. 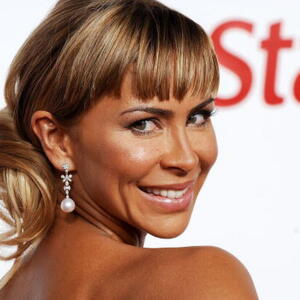