How much is Ashlynne Brooke Worth?

Ashlynn Brooke net worth: Ashlynn Brooke is an American adult film star, dancer, and model who has a net worth of $3 million dollars. Ashlynne Brooke was born in Choctaw, Oklahoma, and grew up cheerleading. She began working at a car dealership after graduating from high school in 2003, and then shifted her focus to the adult entertainment industry in 2006. She began her adult entertainment career modeling for a local magazine and then working as a stripper. From there, she was signed by New Sensations/Digital Sin, and went on to appear in roughly 100 films. She also began directing. She has received multiple awards, including "Favorite Breasts" at the 2009 F.A.M.E. Awards, "Best Continuing Video Series" for "Ashlynn Goes to College" at the 2009 AVN Awards, and "Best Interactive DVD" at the 2009 AVN Awards. She retired from acting in adult projects after she gave birth in 2010, though she does occasionally direct, and has appeared in such mainstream projects as, "Piranha 3D". 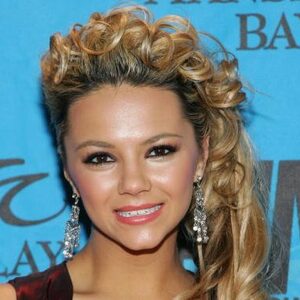