Aria Giovanni net worth: Aria Giovanni is an American erotic actress and model who has a net worth of $2 million. Aria Giovanni was born in Long Beach, California in November 1977. She was Penthouse magazine's Pet of the month in September 2000. She appeared in several videos from 2001 to 2015. Aria Giovanni was nominated for Adult Video News Awards in 2005 and 2011. She appeared on The Howard Stern Show in 2002. Giovanni was sent to drug rehab at age 12. She studied biology and worked as a waitress in college and started modeling. In 2001 she starred in the parody film Survivors Exposed and in 2001 she appeared on an episode of the television dating show Shipmates. She was the Playboy Model of the Day on June 6, 2007. In 2010 Aria Giovanni was a nominee for an XBIZ Award for Web Babe/Starlet of the Year. She was previously married to guitarist John 5.

[The photo of Aria Giovanni included on this page was taken by Luke Ford and is licensed via the wikicommons creative commons attribute.] 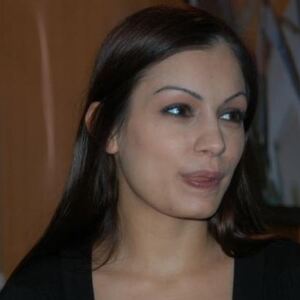