Anne Vyalitsyna Net Worth: Anne Vyalitsyna is a Russian-American model and actress who has a net worth of $6 million. Anne Sergeyevna Vyalitsyna was born in Gorky, Soviet Union in March 1986. She is also known as Anne V and is best known for appearing in the Sports Illustrated Swimsuit Issue for ten years running, from 2005 to 2014.

She started modeling at 15 and then moved to New York, NY and became an American citizen in 2013. She has modeled for Chloe, Sportmax, and Anna Molinari. Anne has appeared on the cover of the magazines ELLE, Vogue, and Glamour. She has walked for Chanel, Prada, Louis Vuitton, Dolce and Gabbana, and Victoria's Secret. She has appeared in music videos for Maroon 5 and Alanis Morissette. In 2013 Anne had an uncredited role in the film A Good Day to Die Hard. She starred as Brooke in the 2014 movie Lullaby. She has also been a coach on the TV series The Face. Anne completed the New York City Marathon in 2009. She has previously dated New York Mets pitcher Matt Harvey. She has been signed with Women Model Management and The Lions agency. 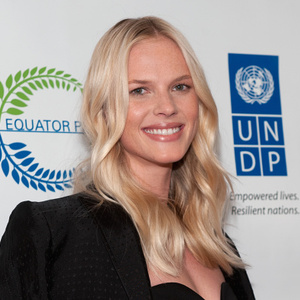