Anna Benson net worth Anna Benson is an American model and reality star who has a net worth of $500 thousand. Born in Mableton, Georgia, Anna Benson chose to drop out of high school her sophomore year. She worked at a strip club during her late teens, and was married with a child before her 18th birthday.

She divorced her first husband and married Kris Benson in 1999. Mr. Benson, played Major League Baseball for the Pittsburgh Pirates from 1999-2004, and was then traded to the New York Mets. His wife's often inflammatory behavior while the couple lived in New York, is believed by many sports insiders to be the reason that he was quickly traded to the Baltimore Orioles after one season with the Mets. She has modeled for FHM and appeared in Sports Illustrated and The New Yorker, among other publications. After filing for divorce from Kris Benson, she ultimately chose not to leave him, but then a few months later the couple officially separated. In 2012 Anna starred on the first season of VH1's "Baseball Wives" reality show. In July 2013, Anna Benson was arrested for felony assault for breaking into her ex-husband's apartment with a gun to demand money. 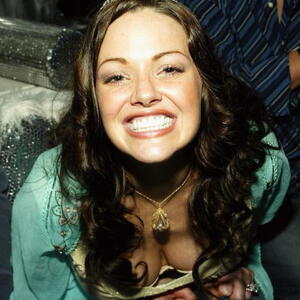