Anna Anka net worth: Anna Anka is a Swedish model and actress who has a net worth of $10 million dollars. Born in Poland, Anna Anka was adopted by a Swedish couple when she was three, and grew up in Bjuv, Sweden. She moved to the United States when she was in her early 20s, after placing 8th in the Miss Hawaiian Tropic contest.

She began working as a professional model and fitness trainer. In 1999, she was hired to serve as the trainer for Canadian musician, Paul Anka. She ended up dating him, and they were married in 2005. She gave birth to one child, before they divorced in 2009. She began her acting career appearing in small roles in such films as, "Dumb and Dumber", "The Specialist", and "Drop Zone". She is most widely recognized for her role on the hit Swedish reality series, "Svenska Hollywoodfruar" (Swedish Hollywood Wives). The series follows three Swedish women who have made careers in Hollywood. 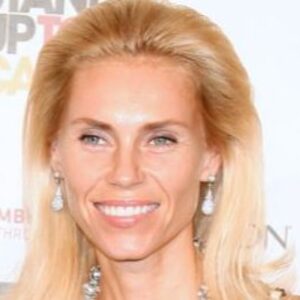