Anja Rubik Net Worth: Anja Rubik is a Polish model who has a net worth of $10 million. Anja Rubik was born in Rzeszow, Poland in June 1983. Her family moved to Greece, Canada, and South Africa. Anja was introduced to modeling in Paris. Rubik has been on the covers of Vogue in French, Latin American, Japanese, Australian, German, Korean, and Spanish.

She has also graced the cover of Elle, and Nylon magazines. Rubik has modeled for Victoria's Secret, Christian Dior, Hermes, Valentino, H&M, Gucci, GAP, Armani, Lacoste, DKNY, Jimmy Choo, Barneys New York, Estee Lauder, Chanel, and Roberto Cavalli. She was one of 14 new faces on the covers of V magazine in September 2008. Rubik has appeared at the Victoria's Secret Fashion Shows from 2009 to 2011. She was listed by Vogue Paris as one of the top 30 models of the 2000s. Models.com ranked her as an icon in September 2012 and she has also been on the Top 50 Models Women and Top 25 Money Girls lists. She was featured in the Wii video game Yoga Wii in 2009 and appeared on the Polish edition of America's Next Top Model. Vogue ranked her #3 on their Top 10 Models of 2012 list. In 2014 Rubik became a host and judge of Project Runway TVN. 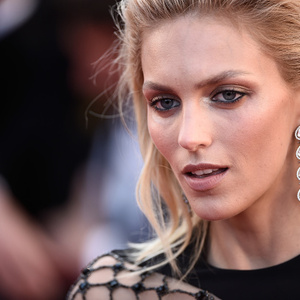