Angelique Morgan net worth: Angelique Morgan is a French reality TV personality, model, actress, and exotic dancer who has a net worth of $500 thousand dollars. Angelique Morgan was born in Paris, France in September 1975. "Frenchy" is best known for her appearances on several VH1 reality shows. She appeared on Dr. 90210, Playboy TV, The Playboy Mansion, Howard TV, and Criss Angel Mindfreak. She also appeared in the TV series Foursome in 2006. In 2008 she appeared on the VH1 reality show Rock of Love with Bret Michaels. In 2009 she was a contestant on VH1's I Love Money. From 2008 to 2009 she also appeared on VH1's Rock of Love: Charm School. In 2014 Morgan became a contestant in Celebrity Big Brother 14. She has also starred in a number of adult films during her career including a 2009 film, Reality Horror Night. She became a radio host for BlogTalkRadio.com in 2011. Angelique has been romantically linked to actor Gary Busey. 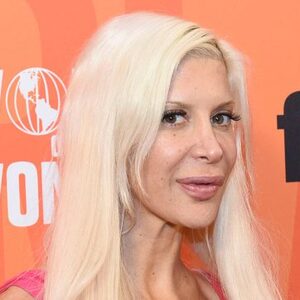