Angelica Bridges Net Worth: Angelica Bridges is an American model, actress, and singer who has a net worth of $5 million dollars. Angelica Bridges was born in Harrisonville, Missouri, in 1973, and won Miss Missouri Teen in 1990. She began her career in show business in the mid-'90s. She scored her first acting gig as Sharon Taylor on the soap opera "Days of Our Lives" in 1995 before landing the part of Taylor Walsh on the hit series "Baywatch" from 1997 to 1998.

She has also appeared on "Mortal Kombat Conquest", "Mystery Men", "Conan the Adventurer", "Baywatch: Hawaiian Wedding", "The Bold and the Beautiful", and "Veronica Mars". Bridges worked as a presenter and singer during Vegas' "Fantasy" show at the Luxor before landing the gig as the lead singer of pop band Strawberry Blondes. In 2001, she graced the cover of "Playboy" magazine and scored an inside spread. She was named to the "FHM" lists of the 1000 Sexiest Women in the World in 1998 and the 100 Sexiest Women in the U.S. in 2003. Bridges married professional hockey player Sheldon Souray in 2002, though the couple split five years later. They had one daughter together. Souray was once named the sexiest NHL player by "Access Hollywood". 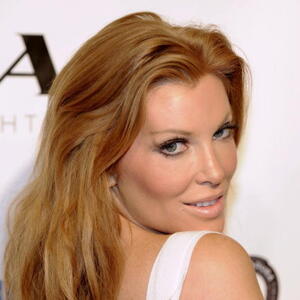