Angelababy net worth: Angelababy is a Chinese model, actress, and singer who has a net worth of $50 million dollars. Angelababy, also known as Angela Yeung and Yang Ying, was born in Shanghai, China, and spent her teenage years in Hong Kong. She began modeling professionally when she was 14 years old.

She began her professional on-camera career in 2007, with a role in "Trivial Matters". From there, she went on to appear in such film and television projects as "Short of Love", "All's Well, Ends Well 2010", "Hot Summer Days", "The Founding of a Party", "Love in Space", "A Simple Life", "The First Time", "Tai Chi 0", "Tai Chi Hero", "Crimes of Passion", and "Young Detective Dee: Rise of the Sea Dragon", among many other projects. In addition to her film career, she launched a singing career in 2011. She has since released three singles. She is currently appearing on the show, "Love Yunge from the Desert". In October 2015, Angela Yeung made headlines around the world when it was revealed that she and fellow Chinese actor Huang Xiaoming spent $31 million on their wedding. For reference, when Kim Kardashian married Kanye West, their wedding cost "just" $12 million. 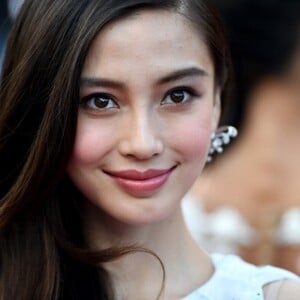