Andrés Velencoso Net Worth: Andrés Velencoso is a Spanish model who has a net worth of $8 million. He was born in March of 1978 in Catalonia, Spain and is best known for his work with cologne ads. More specifically, he has posed for various American fragrance campaigns, such as Chanel Allure Homme, and Louis Vuitton's sport fragrance, for which he was photographed with Jennifer Lopez.

The ads appeared on billboards and throughout magazines in 2003. Then, in 2009, he was listed as Top Icons Men's number six male models for models.com. Currently he ranks 16th in The Money Guys' list of top 25 male models. Velencoso's parents owned a restaurant, while his mother stayed home as a mother and homemaker. However, she passed away in 2002; his father continues to run the family restaurant while raising his two daughters, Silvia and Sonia. Velencoso is said to have dated Kylie Minogue, an Australian singer, whom he began a relationship in the summer of 2008. Though he had her first name tattooed on his hop, the duo called it quits in October of 2013. He also hosts a tattoo honoring his mother, with her name, Lucia, on the left portion of his chest. He speaks four languages, Spanish, French, Italian, and English. 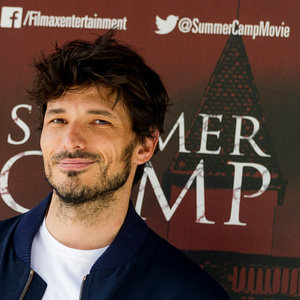