It was fourth year for the competition. She also competed in the Nuestra Belleza Mexico contest, at the age of 18. In 2005, before she was married, she competed as Ana Patricia Conzalez and represented the Mexican state of Sonora in the event. It was a few years later that she auditioned for and was selected to participate in Nuestra Belleza Latina. The show took place in Los Angeles. After weeks of competing against other models, she won the event. First prize came with a $250,000 reward, as well as a modeling contract. Upon her win, she became the second Mexican contestant to win. Additionally, she and the other Mexican winner, Alejadra Espinoza, are the only two to have been voted into the bottom two or three on the show, while still winning. In 2010, she was listed in People en Espanol magazine's 50 most beautiful people. 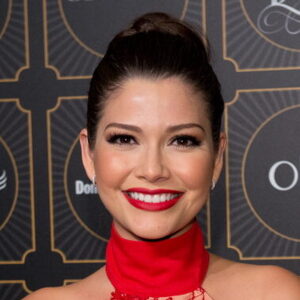