Ana Beatriz Barros net worth: Ana Beatriz Barros is a Brazilian supermodel and has a net worth of $15 million dollars. Born in Itabira, Minas Gerais, Brazil, Ana Beatriz Barros began her modeling career when she was thirteen years old. She and her sister, Patricia, were on vacation with their family in Rio de Janeiro, when a scout from Elite Model Management approached them.

After placing second in the Elite Model Look contest in Brazil, and placing second in the International Elite Model contest, Elite Management sent her photos to GUESS?. She went on to book work with GUESS?, Christian Dior, Oakley, L'Oreal, Victoria's Secret, and Chanel. She was chosen as the face of Jennifer Lopez's lingerie line in 2004, has appeared on the covers of such magazines as Marie Claire, Allure, W, Elle, and has been featured in the Sport's Illustrated "Swimsuit Issue" seven times. She has also walked the runway for such designers as Versace, Armani, Gaultier, and Dolce & Gabbana, among others. 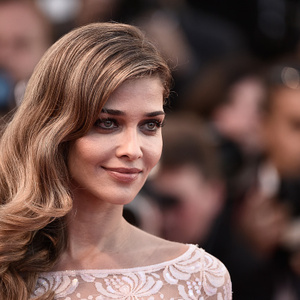