Amy Weber Net Worth: Amy Weber is an American actress, model, professional wrestler, and singer who has a net worth of $700 thousand. Amy Weber was born in Peoria, Illinois. She is best known for her time as a WWE Diva on SmackDown!. Weber first acting appearance came in an episode of Saved by the Bell in 1992.

Her film debut came in the movies Dangerous Seductress and Forbidden Games in 1995. In 2002 she starred as Porcelain Bidet in the TV series Son of the Beach. Weber starred in the movies Joe Dirt, Pauly Shore is Dead, Unbeatable Harold, The Pumpkin Karver, and Crossroad. She appeared in episodes of the TV shows Silk Stalkings, Melrose Place, L.A. Heat, Pacific Blue, CSI: Crime Scene Investigation, and The Young and the Restless. Weber was a WWE Diva Search contestant and was John "Bradshaw" Layfield's image consultant in The Cabinet in on WWE SmackDown!. She wrestled one match where she was victorious. Weber later appeared for Nu Wrestling Evolution. She released her debut studio album Let it Rain in 2012. She has been the face of a Shiseido cosmetic campaign and has also worked as a producer for the films The Pumpkin Karver and Crossroad and the TV series In the Cutz. 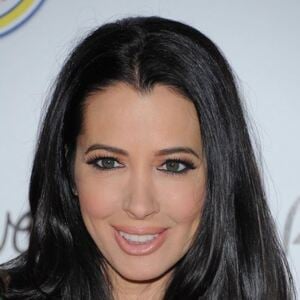