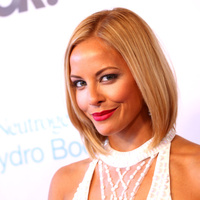 Amy Paffrath net worth: Amy Paffrath is an American actress and television host who has a net worth of $3 million. Amy Paffrath was born in St. Louis, Missouri in July 1983. She had an internship at Entertainment Tonight and serves as the spokesperson for Sibu Beauty. Paffrath was featured on the television series Attack of the Show! in 2009. She served as a correspondent for the TV series The Daily 10 in 2010 and Hollywood 411 in 2011. Paffrath hosted the MTV reality series Jersey Shore from 2011 to 2012. From 2014 to 2015 she hosted the VH1 reality TV series Dating Naked. She has also appeared in episodes of the TV series Hot in Cleveland, Sullivan & Son and 2 Broke Girls. Amy married actor and singer Drew Seeley in 2013.