Amy Childs Net Worth: Amy Childs is an English reality television personality who has a net worth of $6 million. Amy Childs was born in Brentwood, Essex, England in June 1990. Amy was Head Girl at Raphael Independent School. She became famous in 2010 when she appeared in the ITV2 reality television series The Only Way is Essex.

She signed on with Can Associates management agency and started ghost writing a column for New! magazine. She also started presenting a regular fashion segment for ITV1's This Morning. Childs has posted for Vogue magazine. She received an award at the 2011 ceremony of the British Academy Television Awards for The Only Way is Essex. Childs held the top spot on The Sun's list of richest The Only Way is Essex stars past and present. Childs won Personality of the Year at the National Reality TV Awards in 2011. She competed in Celebrity Big Brother in 2011 and finished 4th. Her reality show It's All About Amy debuted in 2011 on Channel 5. She also was a contestant on the Channel 4 reality series The Jump in 2014. She launched her own fragrance in 2012 and has also released her own range of eyelashes, beauty and tanning products, a calendar, and a fitness DVD. 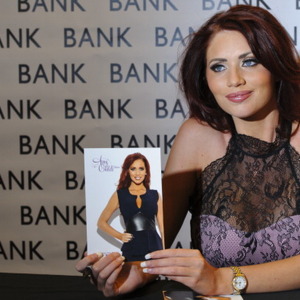