Amelia Vega Net Worth: Amelia Vega is a Dominican musician, model and beauty queen who has a net worth of $1 million dollars. Amelia Vega was born November 17, 1984 in Santiago de los Caballeros, Dominican Republic. She became the first Dominican woman to be named Miss Universe in 2003. At the age of 18, she was the youngest winner since 1994.

Her mother, Patricia Polanco Álvarez, was also a national titleholder who represented the Dominican Republic in 1980 at the Miss World pageant. Vega is niece-in-law of the Grammy Award–winning singer Juan Luis Guerra and wife of NBA player Al Horford since 2011. Vega holds the distinction of descending from the English King, William the Conqueror, and the Castilian King Alfonso X. After moving to an apartment in New York provided by Donald Trump, as part of her overall prize package as the new Miss Universe titleholder, Vega visited over 30 countries around the world including numerous trips within the U.S. She was awarded an honorary medal in the 2003 Pan American Games, held in Santo Domingo. Later that year, Vega co-hosted the Festival Presidente de Música Latina. In her youth, after recording her first demo at 15 years old and starting her artistic career in musicals in her hometown, Amelia's first single Pasa Un Segundito was released on iTunes on April 26, 2010 and became a top Latin song in just two days. 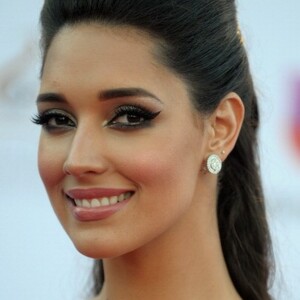