Amber Smith net worth: Amber Smith is an American actress and former model who has a net worth of $1 million. Amber Smith was born in Tampa, Florida, and began her professional modeling career when she was sixteen years old. She worked in Europe successfully throughout her late teens, and became a highly sought after model when she dyed her hair red.

Her striking resemblance to Rita Hayworth led to appearances in multiple major publications and editorials. She has appeared in the Sports Illustrated Swimsuit Issue and Esquire, and on the covers of Elle, Vogue, Marie Claire, and Cosmopolitan, among others. She began acting in the early 90s, with roles in such television projects as "Inferno" and "The Red Show Diaries". She began adding film work to her resume in 1996, appearing in "Faithful", "The Funeral", and "The Mirror Has Two Faces. She has gone back and forth between film and television work steadily ever since, including "Laws of Deception", "Private Parts", "L.A. Confidential", "Head Over Heels", "Friends", "American Beauty", "Pacific Blue", "Silk Stalkings", "How High", and "Lingerie". 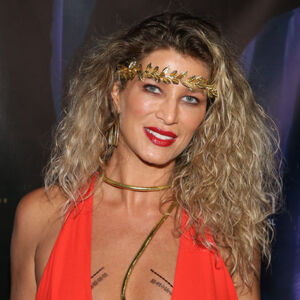