Amber Rayne net worth: Amber Rayne was an American adult film actress who had a net worth of $300 thousand at the time of her death. Amber Rayne was born in Detroit, Michigan in September 1984. She passed away in April 2016. Before her adult film career she was an extra for movies and TV series.

She started in the adult industry in 2005 and retired in 2015. During that time she had more than 240 acting credits to her name. In 2009 she won an AVN Award for Unsung Starlet of the Year and an XRCO Award for Unsung Siren. Rayne won another Unsung Siren Award in 2016. She was nominated for several other AVN Awards including Best Supporting Actress and Female Performer of the Year. She also worked as a horse riding instructor and owned a horse farm and battled multiple types of cancer. Amber Rayne passed away on April 2, 2016 at 31 years old from an accidental drug overdose. 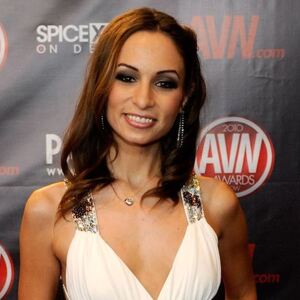