She cheered for five years with the Sea Gals and then moved to Los Angeles, California to pursue her career in acting and modeling. In 2003 she competed in the reality TV series Are You Hot?: The Search for America's Sexiest People. She also appeared in the music video "The Real Thing" by Bo Bice. Amber became a model on The Price is Right in 2008. She was a trophy holder in 2009 at the 61st Primetime Emmy Awards. Lancaster's acting debut came in the 2007 movie Redline. Her best known role was as Jenny Swanson in the television series The Hard Times of RJ Berger from 2010 to 2011. She has also appeared in episodes of the TV series Days of Our Lives, My Own Worst Enemy, Entourage, Community, The Bold and the Beautiful, and CSI: Miami. 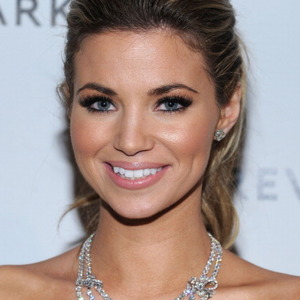