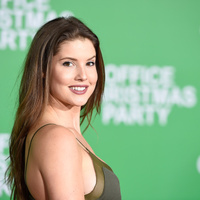 Amanda Cerny net worth and salary: Amanda Cerny is an American model, television personality, and fitness professional who has a net worth of $8 million. Amanda Cerny was born in Pittsburgh, Pennsylvania on June 26, 1991. Cerny was the Playboy Playmate of the Month in October 2011. She founded the Play Foundation which is a nonprofit organization that helps kids around the world connect with music. Cerny is 5'7″ and 125 pounds and her measurements are 34-24-34. She graduated from Florida State university and is a host for Dirty Dutch entertainment. Cerny appeared on the TV series American Idol. Amanda has parlayed her fame into a vibrant social media business career. As of November 2018 she has more than 23 million followers on instagram, 2.3 million subscribers on YouTube and 1 million followers on twitter. Thanks to her massive following she has built a multi-million career endorsing brands such as Tinder, Guess Jeans and Paramount Pictures. Amanda has been known to earn $80-100,000 for a single social media post. She's also very active in philanthropy, doing charity work in areas affected by natural disaster such as Haiti and Puerto Rico.