Alyssa Campanella Net Worth: Alyssa Campanella is an American beauty pageant title holder who has a net worth of $300 thousand. She is probably best known for winning the 2011 Miss USA pageant, which was held on the Las Vegas Strip at the Theatre for the Performing Arts in the Planet Hollywood Resort and Casino, Paradise, Nevada.

Born Alyssa Marie Campanella on March 21, 1990, she joined the NY Conservatory for Dramatic Arts in 2007 to study acting for film and television. Seventeen at the time, she also attended the Institute of Culinary Education. It was in October 2006 that she got crowned Miss New Jersey Teen USA 2007 and then represented her state at Miss Teen USA 2007. She was placed first runner up to the winner, Hilary Cruz of Colorado, at the event that was broadcast live from Pasadena, California on August 24, 2007. Some five years later, on June 19, 2011, the redhead beauty became successor to Miss USA 2010, Rima Fakih of Michigan who crowned Alyssa Campanella of California Miss USA 2011, at the end of the event. As the tradition goes, she represented the United States in the Miss Universe 2011 pageant held in São Paulo, Brazil, in September 2011, where she ranked in the top 16. 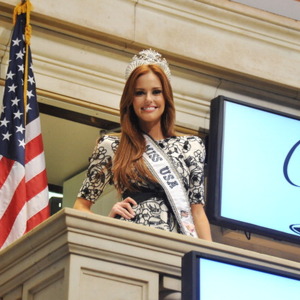