Alissa Violet net worth: Alissa Violet is an American model, actress, and social media personality who has a net worth of $6 million. Alissa Violet was born in Brunswick, Ohio in June 1996. As an actress she starred as Kylie on the television series The Deleted in 2016. Violet also appeared in an episode of the TV series Party in the Back and in the shorts It's Everynight Sis and Lil Wolves: Karma.

She also wrote and composed the short It's Everynight Sis and appeared as herself in her self-titled series and in the TV mini-series documentary The Mind of Jake Paul. She has signed with Next Models and has more than eight million followers on Instagram and three million on YouTube. Alissa Violet previously dated Jake Paul. She was popular on Vine with more than 600 thousand followers. Violet was a member of the group Team 10 and later CloutGang. 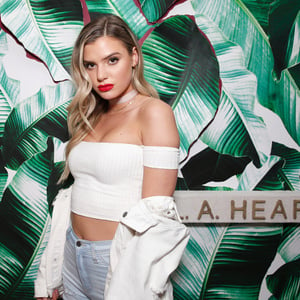