Alison Doody net worth: Alison Doody is an Irish actress and model who has a net worth of $25 million. Alison is probably best-known for starring in the films "Indiana Jones and the Last Crusade" and "A View to a Kill".

Alison Doody was born in Dublin, Ireland in November 1966. She started out in commercial modeling before getting into acting. Her acting debut came with a small part as Jenny Flex in the 1985 James Bond film A View to a Kill. In 1988 Doody starred as Alessandra Castorina in the TV mini-series Campaign. She starred as Gina Heidemann in the TV mini-series Selling Hitler in 1991. From 2011 to 2012 she starred as Pam in the television series Beaver Falls. Doody has had recurring roles in the TV series Echoes in 1988, Waking the Dead in 2007, and The Clinic in 2009. She has starred in the movies A Prayer for the Dying, Taffin, Indiana Jones and the Last Crusade, Major League II, Temptation, and We Still Kill the Old Way.

Alison was formerly married to Independent News & Media CEO Gavin O'Reilly. When they were together they lived in what was then the most-expensive home in Ireland. They share two daughters. She became engaged to food tycoon Tadhg Geary in 2014. 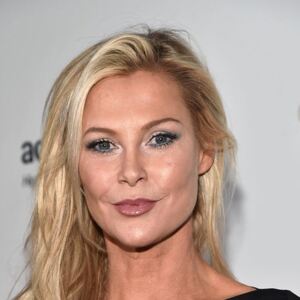