Alicia Jacobs net worth: Alicia Jacobs is an American actress and television personality who has a net worth of $2.5 million dollars. Born in Las Vegas, Nevada, Alicia Jacobs graduated from the University of Nevada – Las Vegas. She began competing in pageants while in school, and went on to be named Miss Nevada USA and Miss United States.

She began her professional on-camera career in the early 2000s, covering entertainment news for various local affiliates in Las Vegas, including KVBC News. She appears on their 4 pm and 11 pm newscasts. As a high-profile entertainment news reporter, she has interviewed everyone from George Clooney to P. Diddy to Drew Barrymore. She was also the interviewer for Andrea Bocelli's first English language interview. In addition to her broadcasting work, she has also appeared in multiple theatrical productions in Las Vegas. She is currently appearing on the new TLC reality series, "Sin City Rules". 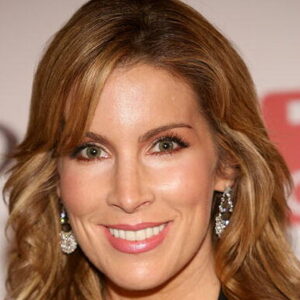