Alicia Douvall net worth: Alicia Douvall is a British model, actress, entrepreneur, and reality television personality who has a net worth of $10 million. Alicia Douvall was born in November 1979. Douvall owns a skincare company. She first appeared on episodes of the TV series Celebrity Love Island in 2006. Douvall was featured in the 2010 documentary VH1 News Presents: Plastic Surgery Obsession.

She has also been featured in the documentaries The Real Extras, 50 Greatest Plastic Surgery Shockers, My Mom, the Centerfold, and Glamour Model Mum, Baby & Me. Douvall is featured as a contestant on the 2015 season of Celebrity Big Brother. Celebrity Big Brother 15 debuted in January 2015 on Channel 5 in the United Kingdom. Alicia has been romantically linked to Simon Cowell, P. Diddy, Mickey Rourke, Mick Hucknall, Dean Gaffney, and Calum Best. Douvall has admittedly spent more than $1 million Pounds on cosmetic surgery. 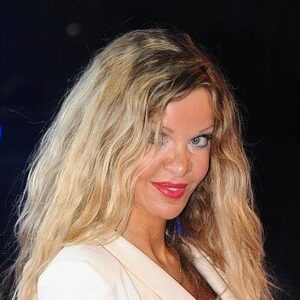