Born on November 5, 1983, in Privett, Hampshire, England, she is a perfect example among models that beauty and brains can go together. Blessed with rarely-seen beauty, Chung was scouted by a modeling agency before she had even started to attend King's College London, having chosen to pursue modeling instead. She first posed for teen magazines CosmoGirl and Elle Girl, as well as Urban Outfitter catalogs, and has since walked the runways, appeared in music videos and has been the face of big companies like Tampax, Sony Ericsson and Sunsilk. In 2006, she landed a hosting job on the Saturday morning music and interview TV show Popworld on Britain's Channel 4. Even though the gig ended in 2007, soon Alexa became literary present everywhere, appearing on Channel 4 programs like Vanity Lair and Freshly Squeezed, the BBC sketch comedy program The Wall and the lighthearted fashion show Gok's Fashion Fix. Fashion wise, she has showed her personal fashion sense over the years, donning a steady rotation of casual frocks and jumpers, short dresses, bare legs and flat shoes. In 2009 MTV tapped her to host It's On, an afternoon show which featured celebrity talk, live music and online interaction with viewers, and replaced Total Request Live as the network's flagship afternoon program. Although it got a lot of buzz, the show was canceled in December of that same year. However, Chung's career continued to blossom and she won the British Style Award three consecutive times, being voted for by the public at the British Fashion Awards of 2011, 2012 and 2013. 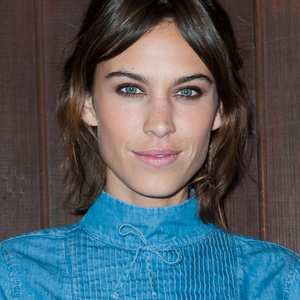