Alessandra Ambrosio Net Worth: Alessandra Ambrosio is a Brazilian model who has a net worth of $80 million. She is best known for her modeling work for Victoria's Secret and was chosen as the first spokesperson for the company's popular PINK line.

Early Life: Alessandra Corine Ambrosio was born April 11, 1981 in Erechim, Rio Grande do Sul, Brazil. She is one of two daughters to Lucilda and Luiz Ambrosio and is of Italian and Polish descent. She enrolled in a modeling class at age 12 and was selected as one of 20 finalists for the 1995 Elite Model Look national competition for Brazil. Growing up, Ambrosio was insecure about her large ears and at the age of 11 she had cosmetic surgery to have her ears pinned back, which resulted in complications two years later. In a 2006 appearance on "The Tyra Banks Show," Ambrosio disclosed that the bad experience with plastic surgery she had when she was a kid had discouraged her from ever having any work done again.

Modeling Career: Alessandra began modeling for Dilson Stein at age 15. Her first modeling job was the cover of Brazillian Elle magazine. Although she did not win the competition, Elite Model Look passed along some of her portfolio Polaroids to Guess, which led to her booking the Millennium GUESS? Campaign.

Ambrosio had been modeling since the age of 12 and had already modeled for the likes of (Brazilian) Elle magazine, Gucci, Calvin Kline, Oscar de la Renta, and been on the cover of elite magazines such as Cosmopolitan, GQ, Harper's Bazaar, Marie Claire and Vogue by the time she was selected by Victoria's Secret to be the face of their 'Pink' line in 2004. That same year, she launched her own swimwear line called Alessandra Ambrosio by Sais, which sold 10,000 units its first month on the market. She then was hired as the face of the UK company Next. She starred in their first TV commercial in 12 years.

In 2005, she walked the Victoria's Secret Fashion Show runway wearing lingerie made entirely out of candy.

In the 2008 edition of the Victoria's Secret Fashion Show, she walked the runway three months after giving birth to her first child and opened the show the following year in 2009. Also in 2009, she did a cover of Marie Claire with Sacha Baron Cohen to promote his 2009 film "Bruno." Later that year, she became the face of sportswear brand Colcci and co-starred with Ashton Kutcher in a denim ad. She was ranked No. 5 on Forbes': The World's Top-Earning Models list with an estimated earning of $5 million for the 2010-2011 year. She became a blogger for Vogue in October of 2011. 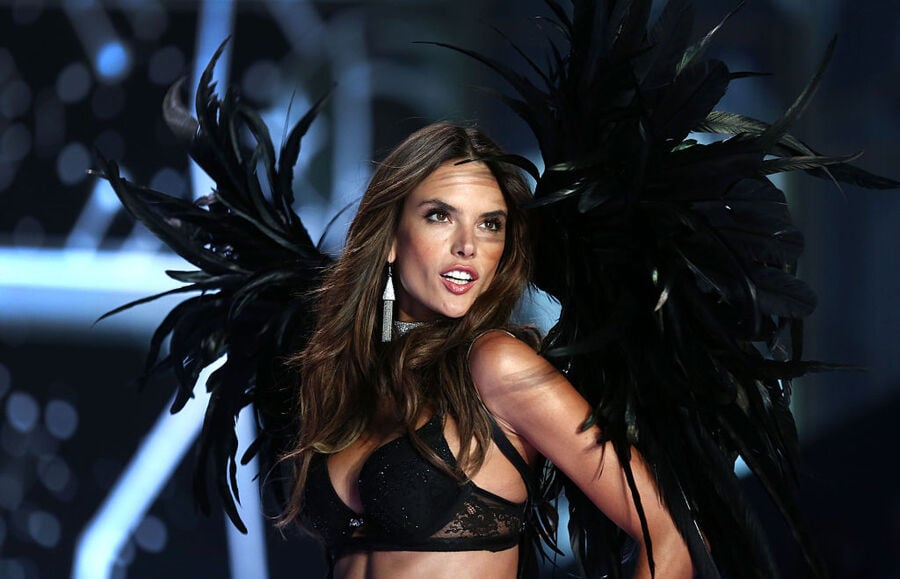 The 2011 Victoria's Secret Fashion show saw her wearing the heaviest wings (30 lb) ever made for the show while pregnant with her second child. In August 2012, she appeared in the 2012 Summer Olympics closing ceremony, representing the Brazillian fashion tradition in the handover segment to Rio de Janeiro.

In 2012, Ambrosio was chosen to wear the Fantasy Bra at the V.S. Fashion Show. The Floral Fantasy Bra, created by London Jewelers, featured amethysts, rubies, sapphires and diamonds (including a 20-carat white diamond in the center), all set in rose and yellow gold, according to InStyle. There was also a matching belt adorned with more than 5,200 precious stones. She wore the Fantasy Bra again alongside Adriana Lima. Both bras are said to have cost $2.5 million each.

In the spring of 2014, Ambrosio launched her own fashion and lifestyle brand called Ále by Alessandra, in collaboration with the American retailer Cherokee. Her line features everything from casual wear to formal attire and targets females between 18 to 35 years old. It was first shown by Southern California based retailer Planet Blue. In February 2016, Ambrosio appeared on the cover of GQ alongside Portuguese footballer Cristiano Ronaldo. That same year, she was chosen alongside fellow Brazillian model Adriana Lima to be NBC's food and culture correspondent for the 2016 Summer Olympics. After the Victoria's Secret Fashion Show in 2017, Ambrosio announced via her Instagram that she was retiring after 17 shows throughout her career.

Other: Alessandra Ambrosio is often cited by the popular media as one of the world's sexiest women. As a Victoria's Secret Angel, she was chosen as one of People magazine's annual 100 Most Beautiful People in the World in May 2007.

Alessandra has made several television appearances. She has appeared in cameos as herself on HBO's "Entourage," "The Late Late Show with Craig Kilborn," "Late Night with Conan O'Brien," and more. She has been a guest judge on "Project Runway" and on "The Tyra Banks Show." She appeared in "American's Next Top Model" in season 20. Alessandra had a brief cameo in the box office film "Casino Royale." Along with fellow Victoria's Secret Angels Adriana Lima, Selita Ebanks, Marisa Miller, Miranda Kerr, and Heidi Klum, Ambrosio guest-starred on "How I Met Your Mother" in the episode "The Yips" in November 2007. Alessandra also had a cameo on "New Girl." In 2015, she made her acting debut when she played the role of former top model Samia in the Brazillian telenovela series "Verdades Secretas" for Rede Globo. In 2016, Ambrosio appeared as herself in "Teenage Mutant Ninja Turtles: Out of the Shadows."

Personal Life: Ambrosio was engaged to American businessman Jamie Mazur in 2008. They remained engaged until their split in March 2018. They have two children together, a son and a daughter. Since July 2018, she has been dating entrepreneur Nicolo Oddi.

Real Estate: In 2012 Alessandra paid $6.5 million for a home in Santa Monica, California. 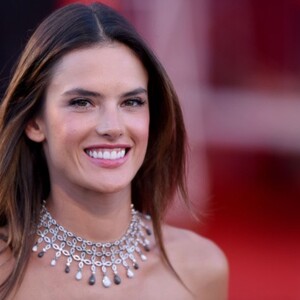