How much is Alek Wek Worth?

Alek Wek net worth: Alek Wek is a South Sudanese-British model and designer who has a net worth of $20 million. Alek Wek was born in Wau, South Sudan in April 1977. In 1991 she fled to Britain to escape the civil war in Sudan and she now resides in Brooklyn, New York City. She was discovered in 1995 and appeared in the Tina Turner music video "GoldenEye". Wek signed with Ford Models in 1996 and appeared in Janet Jackson's music video "Got 'Til It's Gone" and was named MTV's Model of the Year in 1997 when she also became the first African model on the cover of Elle magazine. Alek Wek has walked for fashion houses including Chanel, Fendi, Ralph Lauren, Marc Jacobs, Karl Lagerfeld, Gucci, DKNY, Christian Dior, Michael Kors, Tommy Hilfiger, Dolce & Gabbana, Giorgio Armani, and many more. As an actress she appeared in the 2018 film Suspiria and she has also been a guest judge on episodes of the TV series America's Next Top Model and Britain & Ireland's Next Top Model. 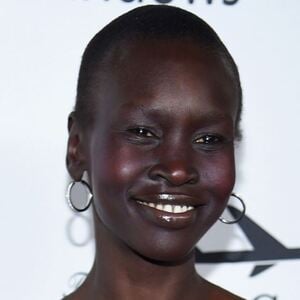