Air Force Amy net worth and earnings: Air Force Amy is an American licensed prostitute, adult star, model, and documentary subject who has a net worth of $1 million. Air Force Amy began working as a licensed prostitute in Nevada in 1990. She applied to work at Nevada's famous Chicken Ranch brothel just prior to being discharged from the United States Air Force. She became somewhat of a legend in Nevada. She worked in such brothels as the Mustang Ranch, the Sagebrush Ranch, the Cherry Patch Ranch, and the Moonlite Bunny Ranch. In 2000, she began appearing in adult magazines, and as a featured speaker on a variety of programs and specials about prostitution and brothel life. She was a subject of the HBO documentary, "Cathouse: The Series". After taking a leave of absence to deal with back issues, she chose to return to working full time at the Moonlite Bunny Ranch in 2013. 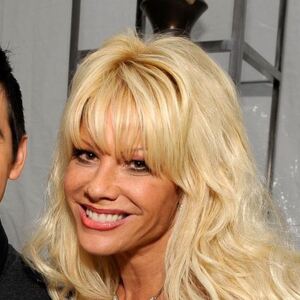