Aída Yéspica Net Worth: Aída Yéspica is a Venezuelean television personality, model, and former beauty pagent contestant who has a net worth of $8 million. She was born in July of 1982 in Barquismeto, Venezuela. She first got her career start in 2002, when she competed in Miss Venezuela.

She did not win the competition, but had landed herself as a favorite among the viewers. It's also said that her measurements helped her gain the attention of others, even though, at 5'8″, she is considered to be of average height for beauty contestants. She began modeling in 2003 and moved to Milan, Italy, in order to do so. She soon took off, earning various magazine covers and appearing in regular photo shoots and fashion commercials. She then began appearing on reality TV, first with Italy's version of Celebrity Survivor, and then Supervivietes, which is the Spanish version of Survivor. Yéspica's son, named Aron, was born in November of 2008. His father is professional soccer player, Matteo Ferrari. She is also known for her various relationships with celebrities. After breaking up with Ferrari, whom she dated for two years, she had at least two other high-profile relationships, before marrying Leonardo Gonzales, a lawyer. The two have since separated and Yéspica has been dating former banker, Roger Jenkins. 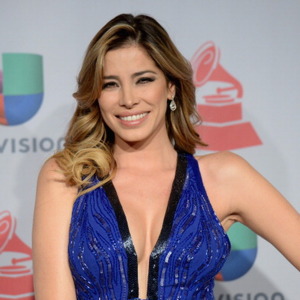