How much is Adrianne Curry Worth?

Adrianne Curry Net Worth: Adrianne Curry is an American model and reality TV personality who has a net worth of $500 thousand dollars. Adrianne Curry was born August 6, 1982 in Joliet, Illinois. She is probably best known for her appearance on My Fair Brady, on VH1, during which Christopher Knight (formerly the child star who played Peter Brady on the late '60s/early '70s show The Brady Bunch) proposed to her in 2005. The show was renewed for a second season in 2006 and focused on the couple's wedding preparations. The couple wed in Curry's hometown of Joliet, Illinois on May 29, 2006 in a gothic-style wedding. In 2007, Curry and Knight appeared on the Dr. Phil Show to discuss their marital issues on an episode dealing with large age gaps in relationships. Dr. Phil predicted that their style of arguing, particularly Knight's hurtful comments, was a strong predictor of impending divorce in couples. The couple's divorce became final in 2012.

Adrianne has been a successful model in the fashion industry. In 2005, she was No. 100 on Maxim's Hot 100 list and a year later posed naked for the February edition of Playboy magazine. She can also be seen in the band Click Five's Just The Girl music video. An animal lover, Adrianne has had several pets, to include a tarantula, a miniature Collie and a black cat named Ziggy Stardust. She cites her admiration for rock singer Bono from U2 because he uses his celebrity to help people from the more deprived parts of the world. She also looks up to supermodels Heidi Klum and Tyra Banks. 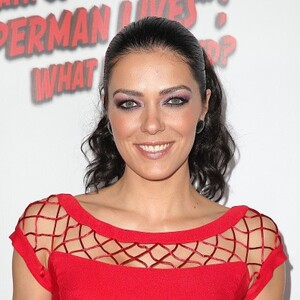