She worked as a VJ for MTV Brasil. She was dating Formula One driver Ayrton Senna at the time of his death from a racing accident in 1994. Her first acting appearance acme in the TV series Antonio Alves, Taxista in 1996. She appeared in episodes of Xica da Silva, Sai de Baixo, and Fascinacao. Her first film role came in the 2005 movie Chick Thing as Mayara. She also starred as Marina in the 2009 movie If I Were You 2. She has hosted many television shows including Projecto Fashion, Mutio+, and Agora e Tarde. She authored the book O Caminho das Borboletas about her relationship with Senna. She has also dated the Brazilian soccer player Roger Galera Flores. Adriane has a son with Alexandre Lodice. 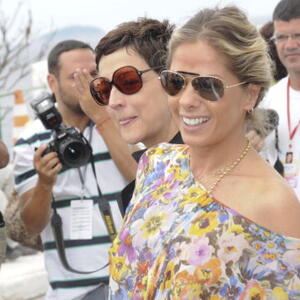