Adriana Karembeu Net Worth: Adriana Karembeu is a Slovak fashion model and actress who has a net worth of $5 million. Adriana Karembeu was born Adriana Sklenankova in Brezno, Czechoslovakia in September 1971. At almost 50 inches she once the Guinness record for the longest legs on a female model. Adriana studied medicine in Prague and won a modeling contest that she entered.

She became one of the models for the Wonderbra campaign in 1998. Karembeu has modeled for Victoria's Secret in the U.S. and was a contestant on the French Dancing with the Stars for its first season in 2011. She made her acting debut in 1999 in the TV movie Domenica In. Adriana went on to star in the movies Jak basnici neztraceji'nadeji, 3 petites filles, The Hidden Side of the Bottom, Adriana et moi, and Asterix at the Olympic Games. She has also appeared on the TV series R.I.S. Police scientifique and Scenes de menages. Adriana dated singer Mick Hucknall from 1994 to 1997. She met French soccer player Christian Karembeu in 1998 and got married. The two became separated and Adriana married Aram Ohanian in 2014. She won a Vienna fashion Award in 2009. 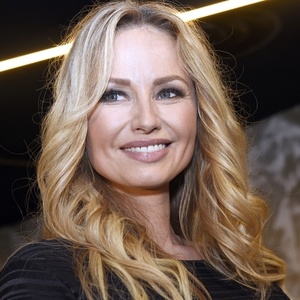