Adriana Lima Net Worth: Adriana Lima is a Brazilian supermodel who has a net worth of $95 million. Lima is best known as the longest-running Victoria's Secret Angel (2000 – 2018) and a spokesmodel for Maybelline cosmetics. When she was 15-years-old, Adriana finished first in Ford's "Supermodel of Brazil" competition, and the following year, she came in second place in the Ford "Supermodel of the World" competition before signing with Elite Model Management in New York City. She has since gone on to work as a model for multiple international designers and campaigns, including Vera Wang, Giorgio Armani, Guess, and Versace. In 2011 alone, Adriana earned $7 million, and every year since then, she has earned between $10 and $15 million. Lima was the third-highest paid supermodel in 2013 and the second-highest in 2014 and 2015. Lima has appeared on several TV series, such as "How I Met Your Mother" (2007), "Ugly Betty" (2008), and "The Crazy Ones" (2013), and she had a cameo in "Ocean's Eight" (2018).

Early Life: Adriana Lima was born on June 12, 1981, in Salvador, Bahia, Brazil. Her mother, Maria, was a social worker, and her father, Nelson, worked as a carpenter. Nelson left the family when Adriana was just 6 months old; she was raised solely by Maria and uses her mother's surname. Lima has said that before she began modeling, she had thought about becoming a nun or a pediatrician. She competed in beauty pageants as a child, often winning, and as a teenager, a friend convinced Adriana to enter a modeling contest with her; after Lima and her friend sent photos, the contest sponsor chose Adriana for the competition. At age 15, Lima entered and won Ford's "Supermodel of Brazil" competition, and she was runner-up in the 1996 Ford Models "Supermodel of the World" contest. In 1999, she relocated to New York City, where she signed with Elite Model Management.

Career: Lima landed her first magazine cover, "Marie Claire Brazil," in September 1998, and she has since graced the covers of dozens more, including several countries' versions of "Vogue," "Harper's Bazaar," "Elle," and "GQ." The highest-selling issue of "GQ" in 2006 featured Adriana on the cover, and it remains one of the magazine's best-selling issues. Lima has worked as a runway model for Giorgio Armani, Vera Wang, Valentino, Versace, Christian Dior, and several other well-known designers, and in 1999, she walked the runway for Victoria's Secret for the first time; she officially became a Victoria's Secret Angel the following year. In 2000, Adriana became a GUESS? girl, starring in the brand's fall ad campaign, and she was a spokesmodel for Maybelline from 2003 to 2009.

In 2012, Lima appeared in print ads for Donna Karan and became a spokesmodel for Mavi Jeans, a Turkish company; the brand's sales increased so much after Adriana's ads that the Russian and European branches of the company made her the global face of Mavi. She was the face of Desigual, a Spanish fashion brand, during Barcelona Fashion Week in 2014, and in April she became Desigual's first brand ambassador. That year, Lima also returned to her Maybelline spokesmodel duties, appearing in print ads and commercials for the brand.

She also appeared in ad campaigns for Jason Wu and Swiss watch company IWC in 2014 and Vogue Eyewear and Marc Jacobs' Decadence in 2015. In 2016, Adriana was the face of Calzedonia's swimwear collection as well as a food and culture correspondent for NBC during the Summer Olympics, along with Alessandra Ambrosio. In 2018, footwear brands Puma and Schutz named Lima a brand ambassador, and she walked the runway as a Victoria's Secret Angel for the last time. In 2019, she appeared in campaigns for Miu Miu, the Schutz resort, the Palms Casino Resort, and a Maybelline x Puma collaboration. 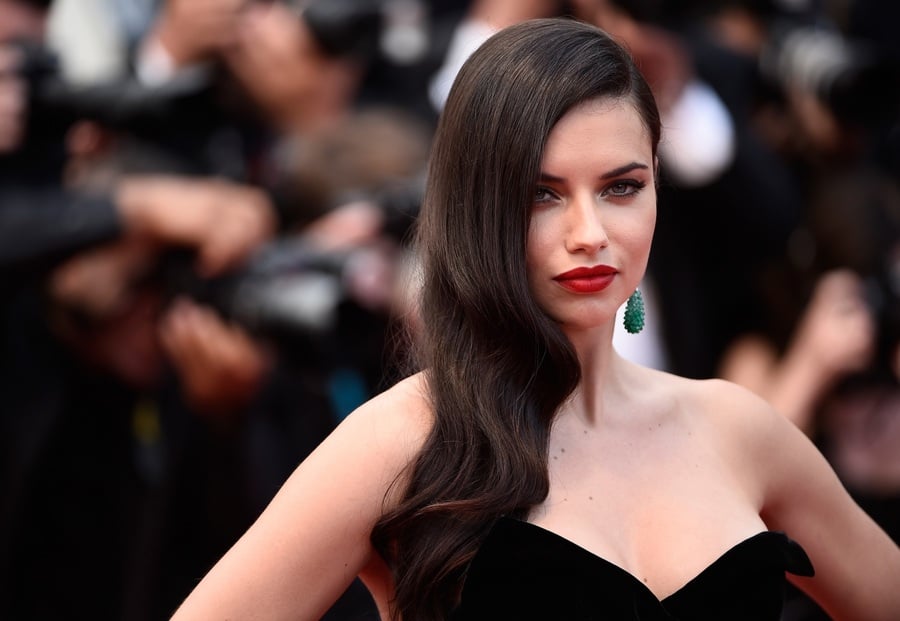 Adriana's first acting role was in the 2001 short film "The Follow," and she played herself on CBS sitcom "How I Met Your Mother," ABC's "Ugly Betty," Robin Williams series "The Crazy Ones," and the film "Ocean's 8." She hosted and produced Lifetime reality competition "American Beauty Stars" in 2017. Lima has also appeared in several Super Bowl ads, and her 2008 Victoria's Secret's ad was Super Bowl XLII's most-watched commercial, with 103.7 million viewers. In 2012, she starred in ads for both Kia Motors and Teleflora during Super Bowl XLVI, making her the first celebrity to appear in two Super Bowl ads in the same game.

Personal Life: Adriana began dating musician Lenny Kravitz in 2001, and they became engaged in the spring of 2002 but split up the following year; Lima starred in Kravitz's "Yesterday Is Gone (My Dear Kay)" music video in 2002. She went on to marry NBA player Marko Jarić on February 14, 2009, and they had two daughters together, Valentina (born in November 2009) and Sienna (born in September 2012), before divorcing in 2016.

A devout Roman Catholic, Lima attends Mass every Sunday and has said that she agrees with all the teachings of the Catholic Church. Adriana is involved with the Salvador orphanage "Caminhos da Luz" and helped out with construction during the orphanage's expansion; she also buys clothing for the city's poor children. In 2009, she won prize money on Turkish game show "Var mısın? Yok musun?" and donated it to an Istanbul hospital to help children with leukemia. Lima speaks Portuguese, English, Spanish, and Italian. 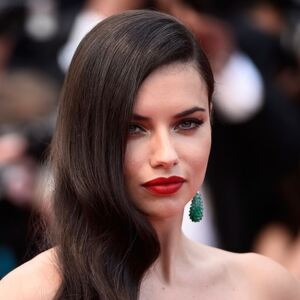