Mike Wallace Net Worth and Salary: Mike Wallace was an American journalist and media personality who had a net worth of $40 million at the time of his death. He was best-known for being a long-running correspondent on the CBS news show "60 Minutes". Mike Wallace passed away on April 7, 2012 at the age of 93.

Mike Wallace was born May 9, 1918 in Brookline, Massachusetts. He worked at a number of television and media jobs before finding his true calling in the mid-1950s. Living in New York at the time, Wallace became the host of an interview show called Night Beat, a program which went national in 1957 as The Mike Wallace Interview. This was America's first taste of Wallace as the tough interrogator. He later called these one-on-one encounters "a radical departure from the usual pablum of radio and television interviews."

In the early '60s, Wallace became a full-time correspondent for CBS News. He decided to pursue hard news as a career after the death of his oldest son, Peter, in 1962, subsequently explaining in an interview that he wanted to "do something that would make Peter proud." Never afraid of asking the tough questions, Wallace interviewed numerous world leaders. He had the courage to question the sanity of the Ayatollah Ruhollah Khomeini in 1979 and later challenged Russian leader Vladimir Putin about whether Russia was truly a democracy and questioned him about corruption. Wallace also talked with other newsmakers, using the same no-nonsense approach.

For each interview, he was known to do extensive research and approach every subject with a skeptical eye. Wallace once asked singer Barbra Streisand about spending two decades in psychoanalysis, saying "What is she trying to find out that takes 20 years?" He also asked comedian Johnny Carson about a possible drinking problem. One of his most controversial segments came in 1998 when he included footage of the assisted suicide of a terminally ill patient by outspoken euthanasia supporter Dr. Jack Kevorkian. Though his stellar career was not without controversy, Wallace tirelessly dug to the bottom of each story for nearly 40 years. As fellow 60 Minutes correspondent Morley Safer once explained, Wallace "took to heart the old reporter's pledge to comfort the afflicted and afflict the comfortable." For his impressive work, Wallace won numerous accolades, including 21 Emmy Awards.

Real Estate: For several decades, Mike's primary residence was a two-floor apartment overlooking Central Park located at 730 Park Avenue. The monthly maintenance for a two-floor unit like his came to nearly $9,000. In 2012, not long after his death, Mike's heirs listed the apartment for sale for $20 million. They ultimately accepted $13 million in July 2014.

He also owned an oceanfront home on Martha's Vineyard. 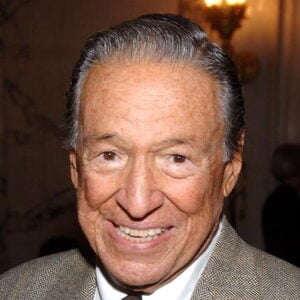