Mike Matusow Net Worth: Mike Matusow is an American professional poker player who has a net worth of $8 million dollars. Mike Matusow was born in 1968 and didn't pick up poker until he was at least 18 years old. His first encounter with the game came while playing online at a casino; Matusow started playing so much, he suffered shoulder and arm injuries.

He has four World Series of Poker bracelets, 13 final tables, and 32 money finishes in the tournament. Matusow, also nicknamed The Mouth, won the 2005 WSOP Tournament of Champions. He has battled several personal and legal issues during his career. In 2004 and 2005, he served six months behind bars after being caught selling drugs to an undercover officer. A few years later, he bet on ESPN's coverage of the WSOP that he could lose a certain amount of weight by 2008; he came in two pounds under his goal. Matusow lives in Henderson, Nevada, and used online poker winnings to buy a special BMW 645 CI cabriolet. He's rarely seen without his golden 'chai' necklace around his neck. His 2009 autobiography, "Check Raising the Devil", hit bookshelves in 2009. He is the former host of poker podcast "The Circuit" and online video show "The Mouthpiece". 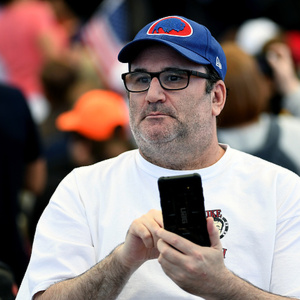