Mike Holmes net worth: Mike Holmes is a Canadian home improvement contractor and television show host who has a net worth of $30 million dollars. Michael James Holmes was born in Halton Hills, Ontario, Canada in August 1963. Holmes started to learn construction from his father at the age of six. He started his first contracting company when he was 19 and his own renovation company at 21.

He started The Holmes Foundation in 2006. He has also made contributions through SOS Children's Villages. He has written two books including the national bestseller Home Renovation with Canada's Most Trusted Contractor. Reader's Digest named him the second most widely-trusted person in Canada in 2010 (David Suzuki). His series Holmes on Homes started on HGTC in 2001. The show airs in the United States on HGTC and the DIY Network. He has also been featured in the shows Holmes in New Orleans, Holmes Inspection, Best of Holmes on Homes, Holmes Makes It Right and the Handyman Challenge franchise. He started Mike Holmes inspections in 2009. Holmes has won two Gemini Awards. He has been awarded with an Honorary Doctorate from the British Columbia Institute of Technology and The Queen Elizabeth II Diamond Jubilee Medal. His three children have all appeared on his shows. 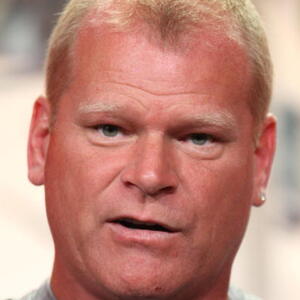