What is Mika Brzezinski's Net Worth and Salary?

Mika Brzezinski is an American television host and journalist who has a net worth of $20 million. Brzezinski is probably best known for co-hosting MSNBC's moderately successful news program, "Morning Joe." Prior to joining MSNBC, Brzezinski was a reporter for CBS News. During her time with CBS, she acted as a "ground zero" reporter during the aftermath of the September 11 attacks. After joining MSNBC, she worked occasionally as an anchor before being chosen to co-host "Morning Joe" alongside Joe Scarborough.

Outside of her work in the media, Mika is a visiting fellow at the Harvard Institute of Politics whose main focus is wage equality for women. In addition, she is a published author with three books to her name. Brzezinski comes from a family with close ties to America's political elite, as her father is the late Zbigniew Brzezinski – a political adviser who served both LBJ and Jimmy Carter.

Mika Emilie Leonia Brzezinski Scarborough was born on May 2nd of 1967 in New York City. Mika's mother is a Swiss-born, Czech sculptor, while her father was Polish-born foreign policy expert Zbigniew Brzezinski. Mika's father once served as National Security Adviser for the United States. Her mother also has political ties, as she is the grandniece of the former president of Czechoslovakia.

At the time of Mika's birth, her father was teaching at Columbia University. The family then relocated to McLean, Virginia, which is close to Washington, D.C. Her father was then named National Security Advisor by Jimmy Carter. Mika was raised alongside two brothers, one of whom later became an American diplomat and the United States Ambassador to Sweden. Her other brother became a military expert.

After graduating from high school, Mika attended Georgetown University. After two years, she transferred to Williams College and subsequently earned a Bachelor of Arts degree in English. Brzezinski then left college in 1989.

One year after leaving university, Mika found work as an assistant with ABC's news program, "World News This Morning." Over the next few years, she worked for a Fox affiliate in Connecticut and eventually became a reporter. By 1992, she had joined a CBS affiliate in Hartford and eventually became the weekday morning anchor by 1995. In 1997, she officially joined CBS News and served as a correspondent for "Up to the Minute."

After a brief stint working for MSNBC, Mika returned to CBS in September of 2001 – directly before the 9/11 terrorist attacks. This made her the main source of reporting for CBS after the attacks, and the opportunity provided her with considerable exposure. Brzezinski conducted live broadcasts during the attacks, including the moment when the South Tower collapsed. Following this exposure, Mika served as a correspondent and anchor for CBS and contributed to "CBS Sunday Morning" and "60 Minutes." Eventually, she was fired by CBS.

In 2007, Brzezinski returned to MSNBC and worked in a variety of roles. These included "Up to the Minute" news updates, primetime newsbreaks, reporting for "NBC Nightly News," and occasionally anchoring for "Weekend Today." After struggling with these responsibilities, Mika resigned and was selected by Joe Scarborough to act as co-host of "Morning Joe." Brzezinski was then referred to as the "hot anchor," a label that did not please her. 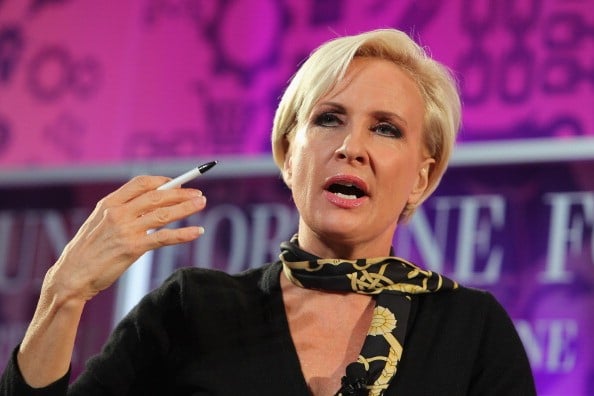 Over the course of the next few years, Mika proved to be a moderately popular yet slightly controversial figure. She famously refused to report on what she considered to be "entertainment news," such as Paris Hilton's legal issues. At one point, she even attempted to burn a script that detailed Hilton's release from jail.

During the 2016 presidential campaign, Brzezinski was criticized for conducting several phone interviews with Donald Trump. She was also criticized for highlighting Bernie Sanders' unfair treatment by the DNC. Mika then famously refused to have Kellyanne Conway on her show after claiming that Conway was spreading misinformation.

After her initial spat with Trump in 2016, Mika has been involved in many other disputes with the former president. Both Brzezinski and Trump have traded insults on Twitter. Trump has called her "low I.Q," while Mika has called Donald's presidency "fake and failed."

Although Mika first married reporter James Patrick Hoffer in 1993, they divorced in 2016 after having two children together. There were widespread allegations that Brzezinski had been in an affair with her co-host, Joe Scarborough. In 2017, those allegations were proved correct when Mika became engaged to Scarborough. They were eventually wed in 2018.

Mika's salary for "Morning Joe" is an estimated $8 million per year.

In 2016, it was reported that Mika Brzezinski had purchased a $1.6-million mansion in Westchester County, New York. This came shortly after her divorce from her husband of 23 years, James Hoffer. Mika's new home features 3,670 square feet of living space and four bedrooms. Other highlights include French doors and a 2-car attached garage.

In 2017, it was reported that Brzezinski had listed her condo in Georgetown, D.C. for $985,000. Apparently, Mika purchased the condo in 2014 so that she had a place to stay whenever "Morning Joe" was filmed in D.C. The home features two bedrooms, 16-foot ceilings, and hardwood floors. According to reports, Mika sold the residence because she wanted something bigger in the same area.

Also in 2017, Mika listed her home in Bronxville that she and her former husband previously lived in. The residence spans 4,102 square feet and features seven bedrooms. The couple listed the home for $2.1 million, having previously purchased it for $1.9 million in 2012. Although this is a rather minimal profitable margin, the former couple may have been simply trying to wrap up the property division process of their divorce as quickly as possible. 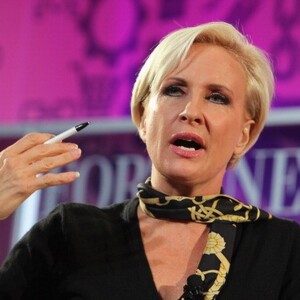