Michelle Mone Net Worth: Baroness Michelle Mone is a Scottish entrepreneur and former model who has a net worth of $120 million. She has established herself as one of the leading designers in the UK, primarily through her company MJM International Ltd, where she serves as CEO.

She was born Michelle Georgina Allan on October 8 1971, in Glasgow, Scotland. She left school to pursue a modeling career at 15. At 19 Michelle ended up pregnant with her first child with Michael Mone. They married and would have three total children. Michelle and Michael divorced in 2011. After divorcing they famously continued to share the same mansion, living in separate sections while co-parenting their children.

Michelle spent some time working as a marketing agent at brewer Labatt. Within two years she rose to be Labatt's head of marketing in Scotland. She was eventually laid off. This was the moment when she started to think of setting up her own company, a brassiere maker that would produce more comfy and better looking bras.

Developing the idea for three years, she founded MJM International Ltd in November 1996. The company soon patented what it called the Ultimo bra. She expanded into all forms of lingerie with the newly renamed company, Ultimo. She sold 100% of Ultimo in 2015.

In 2010 Mone was honored by the Queen of England with an OBE for outstanding contribution to business. 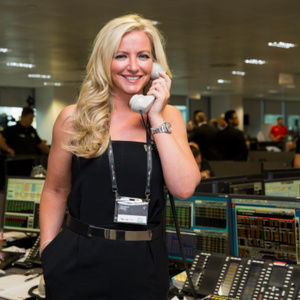