Michelle Beadle net worth salary: Michelle Beadle is an American sports reporter who has a net worth of $8 million. At her peak of her career with ESPN, Michelle earned a salary of $5 million per year. Michelle Beadle is one of the most visible and versatile young personalities on television today. She steadily made her way up in the world of news and reporting. She worked for ESPN from 2009 to 2019

Born in Italy in 1975, Beadle spent most of her childhood in Texas. She eventually attended and graduated from the state research university in San Antonio. With her father's assistance, she became an intern for the San Antonio Spurs, after which she started her career as a reporter. At the beginning of her career, she had various hosting jobs before joining ESPN in 2009. Her most notably job before joining ESPN was working for the YES Network as a reporter for the New Jersey Nets. Even though she is best remembered as the co-host of SportsNation on ESPN2 with Colin Cowherd, and Winners Bracket on ABC with Marcellus Wiley, she has done several other shows including What You Missed Over the Weekend by People.com, I want your job by Fine Living Network, Animal Planet Report by the Animal Planet, Beach Week Series by Travel Channel, Inside Orlando's Resort and Outrageous Room Service by the Discovery Channel. Beadle currently resides in Hartford, Connecticut. She was bought out of her ESPN contract in 2019, exiting the network after a decade. 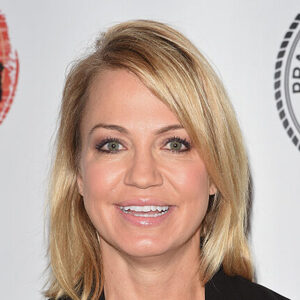